Home Wedding Photobooths Why Photo Booth Rentals are on the rise in the age of... 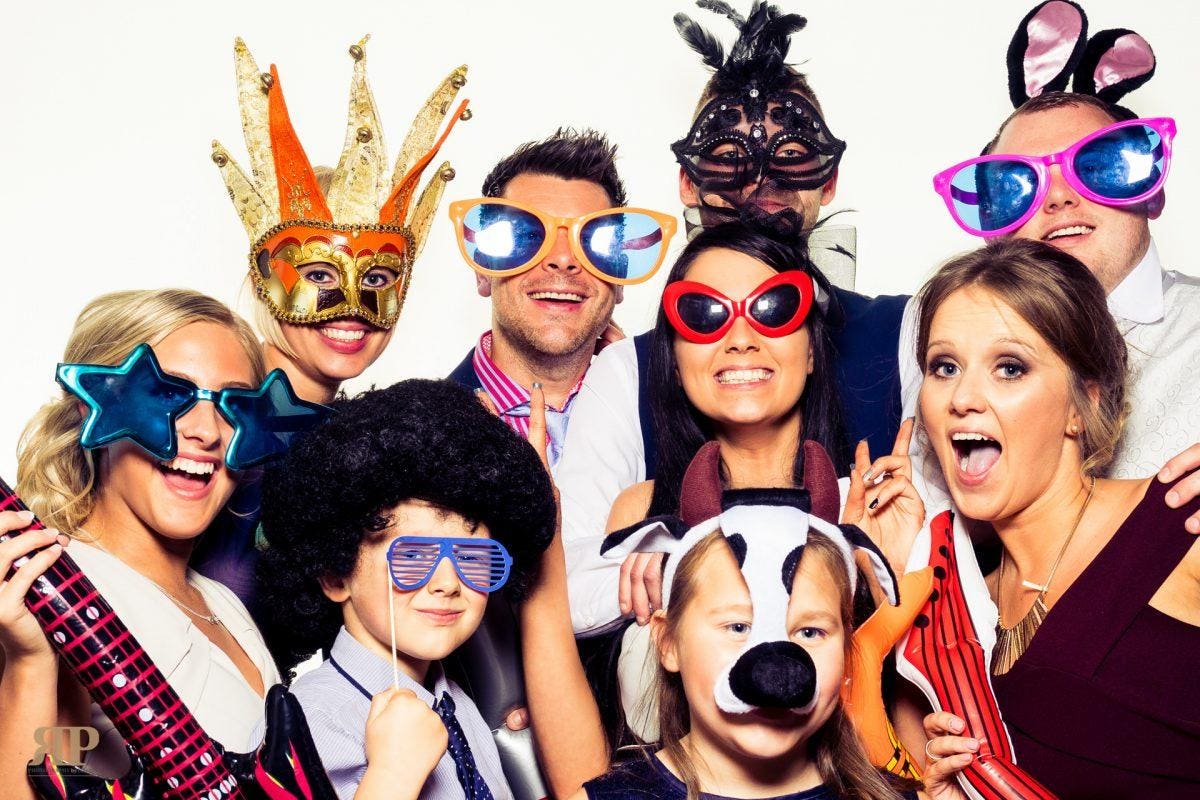 The old-fashioned photo booth shouldn’t even exist in the times of Snapchat and Instagram. Why pay for grainy mug shot-style selfies with questionable lighting when you can filter, fade, and tilt your images for free and post to the world? And yet: the resurgence of the photo booth.

The automated selfie taker has been around for almost a century and has been popular from the start. An enterprising Russian immigrant to New York named Anatol Josepho unveiled the first Broadway booth in 1925, which 280,000 people used in the first six months. Josepho sold the invention for a million dollars two years later while continuing to make royalties on the sale of the Photomaton, as he called it.

But while film photography went the way of Lindy and Automat, the photo booths remained. From 2005 to 2012, more people searched for photo booths online than wedding DJs, and there are no signs of slackening. When you visit a wedding site like The Knot, you’ll see hundreds of rental options from companies like SnapCam, Capture Pod, Vintage Vault, Dimples and Thrills, and Drunken Pixels. Many use iPads instead of cameras, and some do without the booth entirely for a green screen background. But the box with a curtain and a swivel seat inside still exists, and the kids still love it.

Classic Photo Booth rents old-fashioned machines like this one nationwide.

To familiarize myself with the phenomenon, I reached out to Maxim Sverdlov of Classic Photo Booth LLC, a New Jersey company that rents iconic old photo booths in the United States.

Why aren’t photo booths dead yet?

Although you can take a photo on your camera phone, there is still a huge market for classic photo booths. These photo booth seats are designed to bring people physically closer. I think this brings excitement for the younger people and for the older generation it brings back great memories. Another factor is that you get a hard copy right away. All of our images are on our phones and there is something special about taking home an actual printout.

What makes your company stand out is that your old-fashioned machines use real film and develop inks and paper. Why bother?

It’s a way to stand out. There are many companies that offer photo booths, but for many people there really is no substitute for the large box-shaped vintage machine. Some companies have the box but are adding newer devices like iPads. Ours are being renovated from scratch or built from scratch. Most are between 30 and 60 years old and that appeals to people at parties or wherever they can experience them.

What questions should people ask themselves when considering renting a photo booth for a wedding, birthday, or bar mitzvah?

First, they should find out the prices. There are all kinds of products from a few hundred dollars to a few thousand. Some are completely automated. The high-end rentals have a companion and props that people on the stand can use. Good questions are: Do you want a digital or classic photo booth? Do you want black and white or color? Be sure to ask for the details of the stand. Many customers assume that all photo booths are the same. However, you should make sure that you know what the device looks like, whether it has a curtain, what options you have for wrapping logos or messages around the outside of the box, and printing messages on the photos. Some companies sell a so-called “pipe and drape” photo booth, which is actually not a booth at all, but a curtain that serves as a backdrop for a person taking photos.

What’s new in the world of photo booths?

The number of options available to customers. In our company, for example, we offer classic vintage photo booths and digital photo booths. You have the option to create personal trading cards of your choice, which is great for kids’ parties. We can edit the kids in Photoshop along with their favorite sports teams or characters from Pokemon or Star Wars. We can do flip books. We can connect to any type of social media right from the booths.

Any tips for a great photo booth?

The trick is just being yourself. The best thing about photo booth images is that they are organic and untouched. There is something exciting about this experience to people. I think that’s because the lightning doesn’t get a lot of buzz, which makes people feel more authentic in the moment. It’s just raw and real and that’s why people love it.

I am a trend skilled and brides make the identical errors with their wedding...

Himanshu Patel, who got here to small locations of Madhya Pradesh from wedding images,...