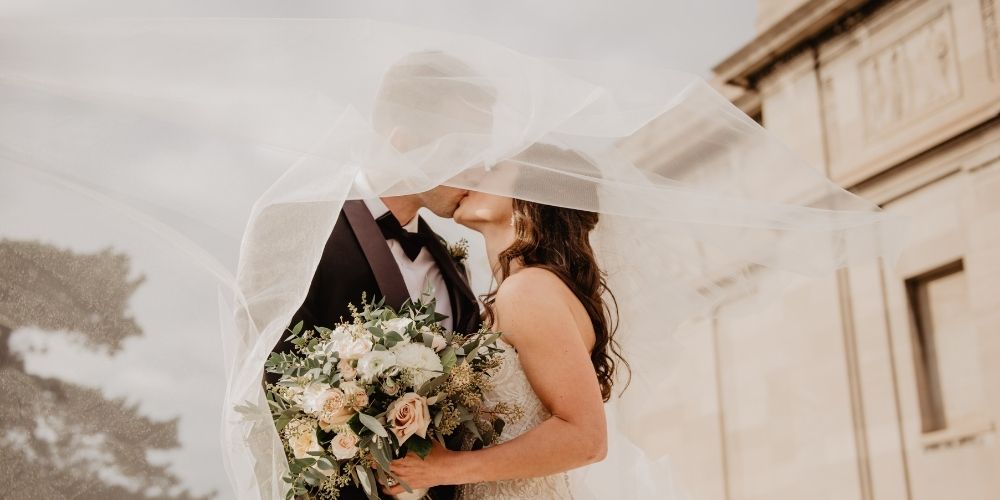 Wedding photography horror stories are obsessed with gripping backgrounds, lots of second-hand embarrassment, and a touch of mystery. Why are circumstances the way they are?

Why are these groomsmen and bridesmaids wild ?!

And most importantly, why do these poor photographers have to be the ones to deal with them?

Spring is just around the corner, which also means the wedding season is fast approaching.

If you’re a photographer you know what that means: a whole shift of trying to argue drunk people like wild animals for group shots, all while trying to keep your sanity and the safety of your own body and equipment.

Some photographers shared their worst wedding photography horror stories on Reddit, which we then put together into a comprehensive list to help you prepare yourself mentally.

Young wedding guests drink more than they can swallow

People drink at weddings. So it’s just a fact that photographers have to deal with them. And this is where wedding photographers come in: They beautifully document the night to fill in the gaps that the couple, the wedding party and the guests don’t remember.

“Had a young couple: he was 20, she was 19. All of her friends were around that age and it was everyone’s first open bar (you can drink at 19 in Canada). It got messy FAST:

People throwing up at their tables or in trash cans on their way to the bathroom and falling from their seats while talking. They even stole some golf carts and smashed them on the course. My assistant was spat on in the bathroom. Really classy people.

I usually stay later than my scheduled time, but that night I was out there at exactly 9 o’clock. The kicker was that the groom’s father got into a big fistfight on the way out with one of his family members right outside the door. Blood everywhere, broken glass, people screaming. “

The absolute grossest and wildest horror stories from wedding photographers, and yet some entries on this list get even crazier.

While it doesn’t sound like the photographer lacked unforgettable photos, these horror stories don’t sound like things to remember. It would make for a good parody shoot, however. Cheers to the happy couple.

Having a wedding in public means that viewers have the potential to see something that shouldn’t be seen or heard.

Here’s how one photographer described his wedding horror story:

“Just before the bride was walking down the aisle, the groom said to his best man, ‘Dude, you have to get me out of here. ‘The videographer heard him through the groom’s microphone. “

We like to believe that audio never made it into the final cut of the wedding video. In order for the photographer to overhear it, he must have absolutely shaken her. A wedding photography horror story for the ages.

From the same wedding, the photographer continued to describe another horror story:

“A homeless man walked next to the parked car and asked for a cigarette. A best man gave him a beer. Homeless man very happy. The bride comes over and says to the homeless man, ‘Why don’t you get a damn job?’ “

Who is in so much trouble on their wedding day? This is a wedding photography horror story that is about to explode. It goes on with the homeless

The bride goes in front of the car. Three groomsmen get up quickly, get out of the car to confront the homeless man, and all of them push their chests out. Trolley driver gets out, tries to spread the situation. Homeless people swing on the trolley driver.

The trolley driver beats the homeless man on the side of his head. Groom and more groomsmen come out of beer crates and identify themselves as police officers (6 of the 8 groomsmen were police officers, including groom). Homeless man excited about the challenge. Tourist has a video camera aimed at everyone. “

Fortunately, the situation has subsided without escalating any further. The only victim was a beer bottle that the homeless man threw against the side of the car and sprayed all over the place.

Cola, no Pepsi for the bridesmaid

At the same wedding, the photographer also wrote:

There isn’t much more to say about that. I can only imagine the photographer witnessing this and fumbling around in the camera for a second in sheer amazement at what they have just heard.

Still, as professional as wedding photographers, they would have kept the camera steady and kept pressing it. Like a real New Yorker. Anyway, good luck to the happy (?) Couple.

As a dedicated wedding photographer, your job is to get the best shots of the night.

Unfortunately, not every wedding guest understands this, as one photographer said in his horror story about wedding photography:

“I had a wedding that weekend and the guests were an absolute pain in the ass. The typical guy who took out their phones for photos and completely blocked my exposure.

Fortunately, I was the second shooter, but it’s so stupid and disrespectful, especially in small venues where it’s difficult to get around in a large crowd.

So many of my shots have been ruined by the overzealous mothers wanting to snap snaps on their iPhones while I try to shoot around them in the back. “

Fortunately, the photographer was the second shooter and took advantage of the crowd by including them in the shot to create some atmosphere.

Be kind to wedding photographers

If you are going out for your first wedding shoot, let these wedding photography horror stories teach you a lesson on what to look out for and prepare for.

As a photographer, you want to be a fly on the wall. You want to be under Harry Potter’s invisibility cloak. You are there to grasp, to do nothing else.

These photographers, exposed to such depravity, such ruthlessness, such hell … we can no longer sympathize with them. These are some of the most terrifying wedding photography horror stories we’ve ever seen or heard, and so make our list complete.

And we hope if you ever tie the knot you know the photographers who surround you and are just trying to hold back and capture some of the best gems possible.