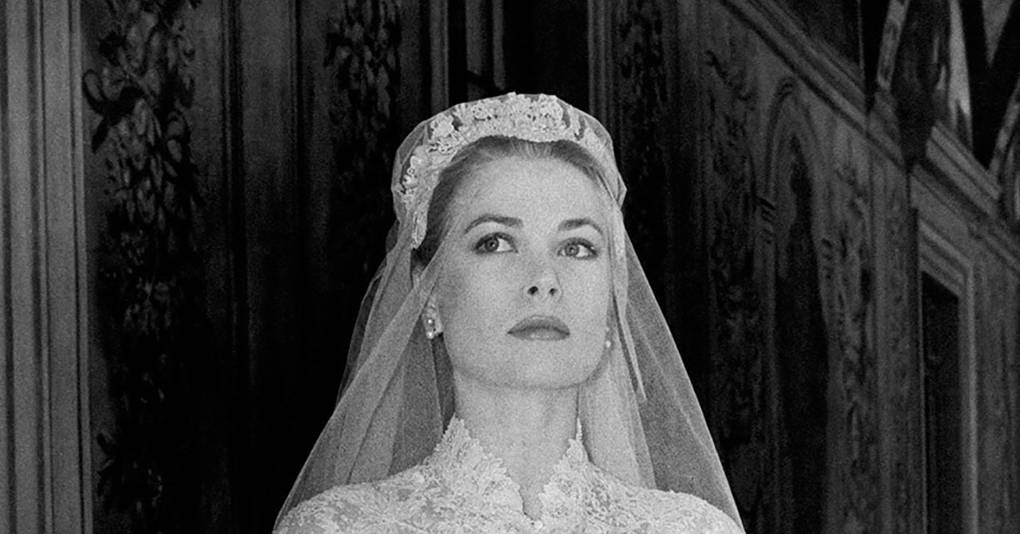 Though she later referred to it as the “lampshade,” the former first lady’s wedding dress was the dress that affirmed her status as a global fashion icon. It was designed by the talented African American designer Ann Lowe, with whom Kennedy worked for the rest of her life but who sadly did not receive any public recognition for her work. Kennedy’s ‘lampshade’ reference may have stemmed from the fact that she was hoping for a simpler style based on designs she had seen in Paris, but the Kennedy family had stepped in and insisted on something more elaborate, with JFK’s father Joe Kennedy supposedly had the last word. As such, Lowe supplied a romantic taffeta dress made of ivory silk taffeta with a full skirt and off-the-shoulder sleeves. While this overall silhouette became one of the wedding looks in the ’50s and’ 60s, it set a trend for off shoulder sleeves, as seen on Michelle Obama in 1992, Anne Hathaway’s Valentino dress in 2012, and Lady Charlotte Wellesley’s Emilia Wickstead design in 2016. Most interesting of all were Kennedy’s linear animal and circular embroidery details, which reappeared on the 2005 wedding dress of none other than future first lady Melania Trump in a dress designed by John Galliano for Dior.