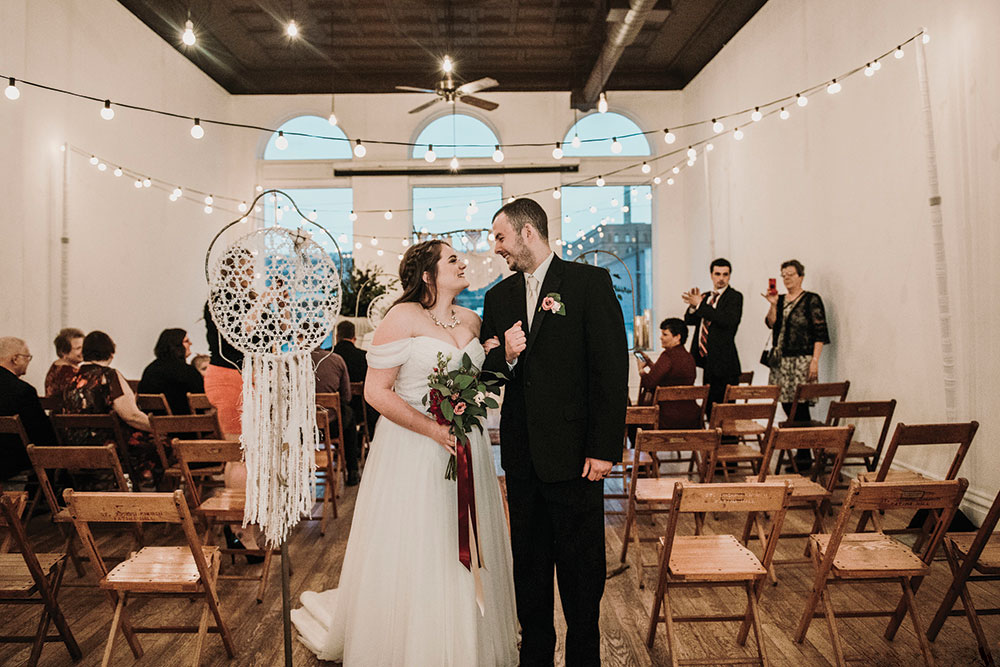 AAfter you’ve agreed on a life together, it’s time to discuss a budget, send out save-the-dates, and Google wedding venues in Pittsburgh. However, it can be a bit overwhelming to narrow so many options to one perfect setting. We’ve selected four spots, each opened in the last 10 years, as the best venues in town. The best part? Each of them can be tailored to the needs of any couple.

THE UNION HALL IN BAR MARCO, THE UPSTAIRS ROOM OF ONE OF THE BEST RESTAURANTS IN PITTSBURGH MAGAZINE, IS IN A RESTORED FORMER FIREHOUSE PHOTOS BY SANDRACHILE

The Union Hall in Bar Marco is ideal for couples who want to bring a lot of thought and personal details into both their ceremony and the food and drink at their reception. 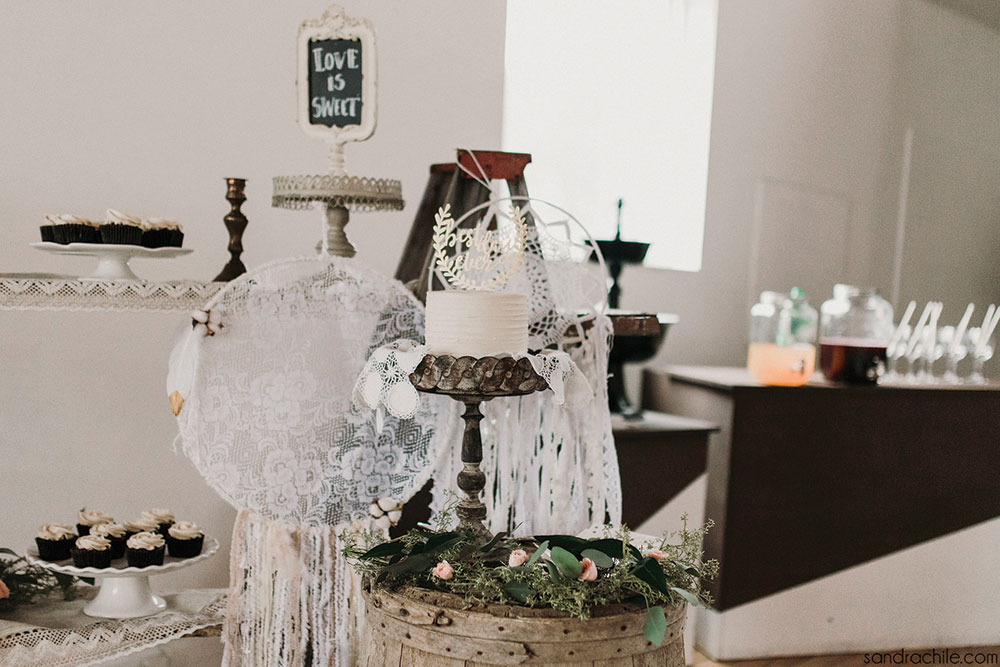 Marco Bar was the first restaurant (consistently named one of the best restaurants by Pittsburgh Magazine) and the second function room. The house has been hosting weddings for more than eight years. Union Hall at Bar Marco is in the Strip District and has been carefully restored from a former fire station.

“The building is beautiful and old and has a lot of cool little details,” says Andrew Heffner, General Manager of Bar Marco. “The entire room on the upper floor, which we had not originally planned, has a 120-year-old sheet metal ceiling that is still intact. It’s nice and old, but we can do much more modern things within the service and the nature of the food and drink program. “ 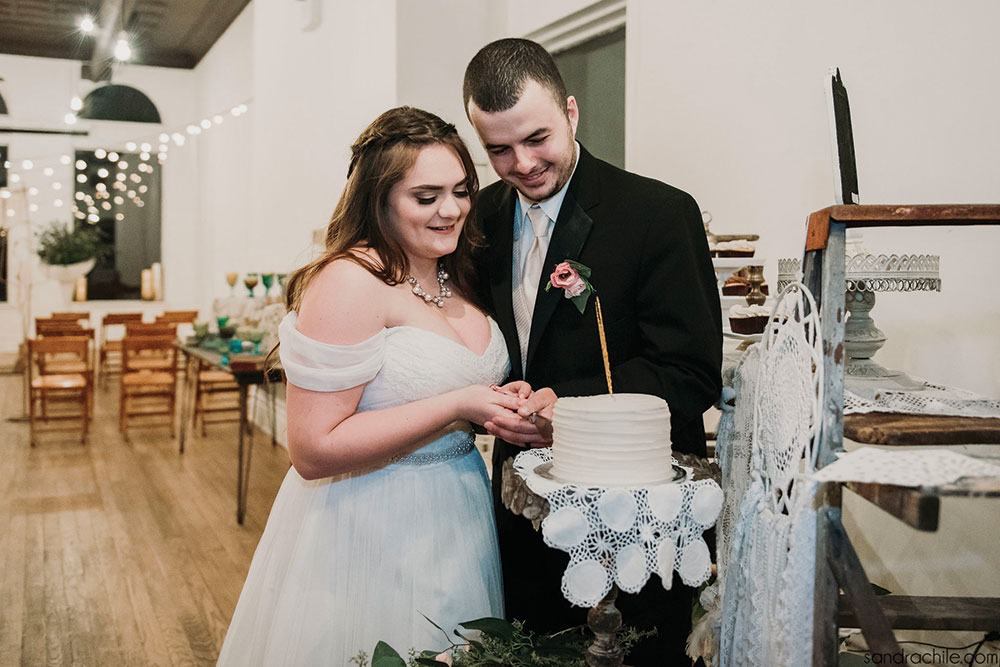 The Marco bar offers space for up to 65 guests for a multi-course menu with seating and more than 100 guests for a standing reception in the style of a cocktail hour. She works closely with each couple to create the ideal seasonal menu.

“We try to match the food and drink offer to the couple, but also to the season and the local products, and to which wine goes well with it or which cocktail makes the most sense,” says Heffner. “We have a small team that works there and we are very thoughtful in what we do. We have a passion for what potatoes we serve with their beef dish, and that passion oozes down throughout the planning. “ 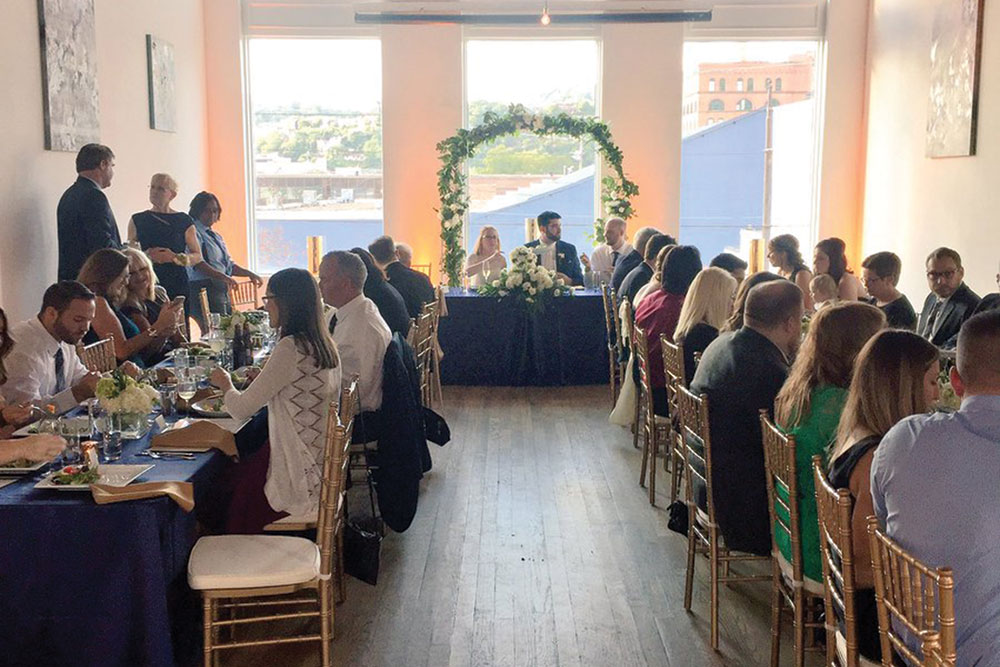 The venue is also open to outside vendors within the Pittsburgh wedding community and the couple’s individual choice to walk in and bring the day of their choosing to life. 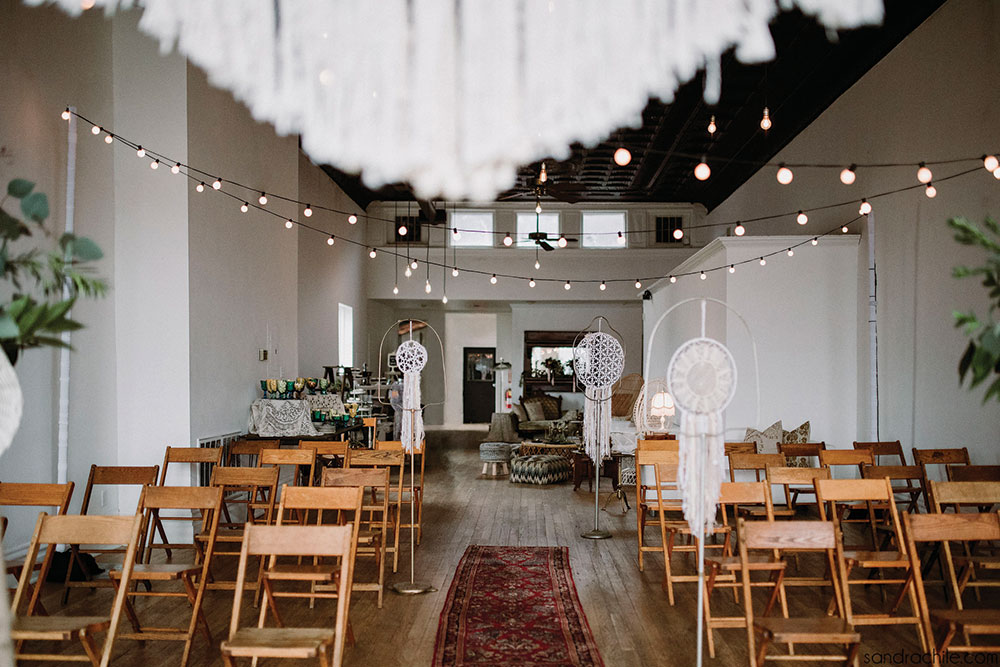 “Couples who want something personal and concentrate on eating and drinking will have the best time with us,” says Heffner. 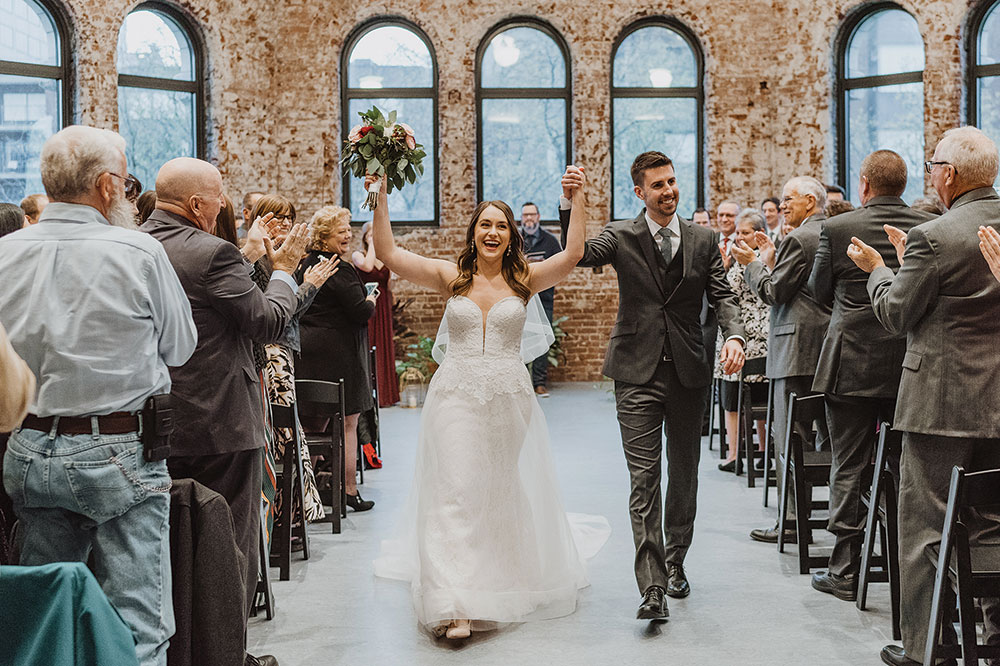 MuseumLab In the Pittsburgh Children’s Museum

The MuseumLab in the Children’s Museum of Pittsburgh is a place for children 10 years and older to gain “innovative experiences in art, technology and handicrafts”. However, it is also known as a wedding venue that is rooted in history and greatness.

The MuseumLab is located in the former Carnegie Free Library of Allegheny. After a lightning strike badly damaged the more than a century-old building in 2006, it was empty for years. The Children’s Museum has brought much of the original design features of the stone house interior back to life, and the venue reopened as the MuseumLab in 2019. 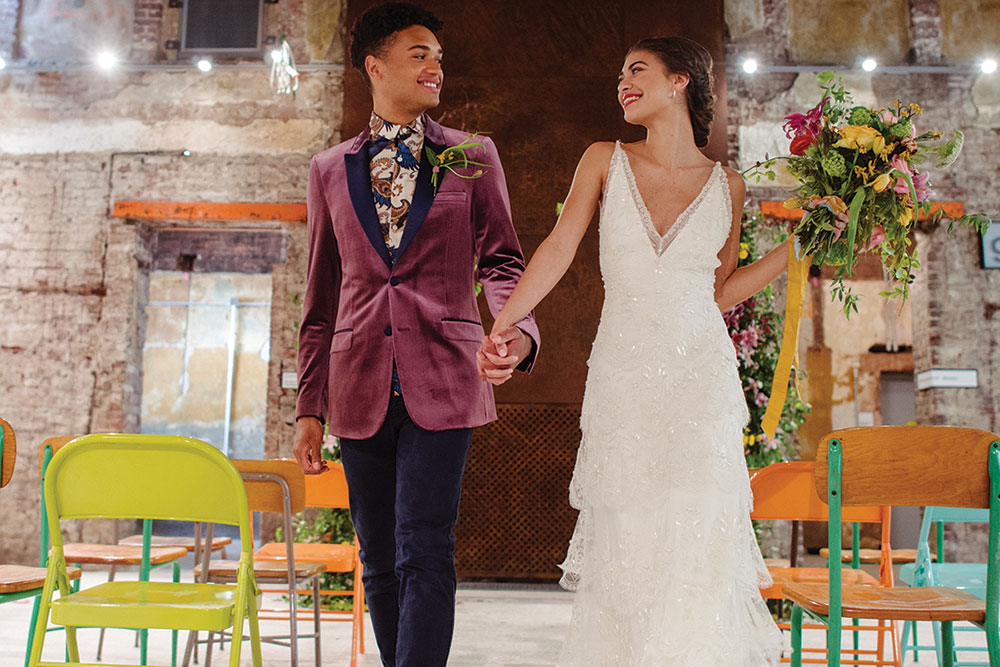 The space can be changed depending on the size of the guest list and the way the couple envisions their day. 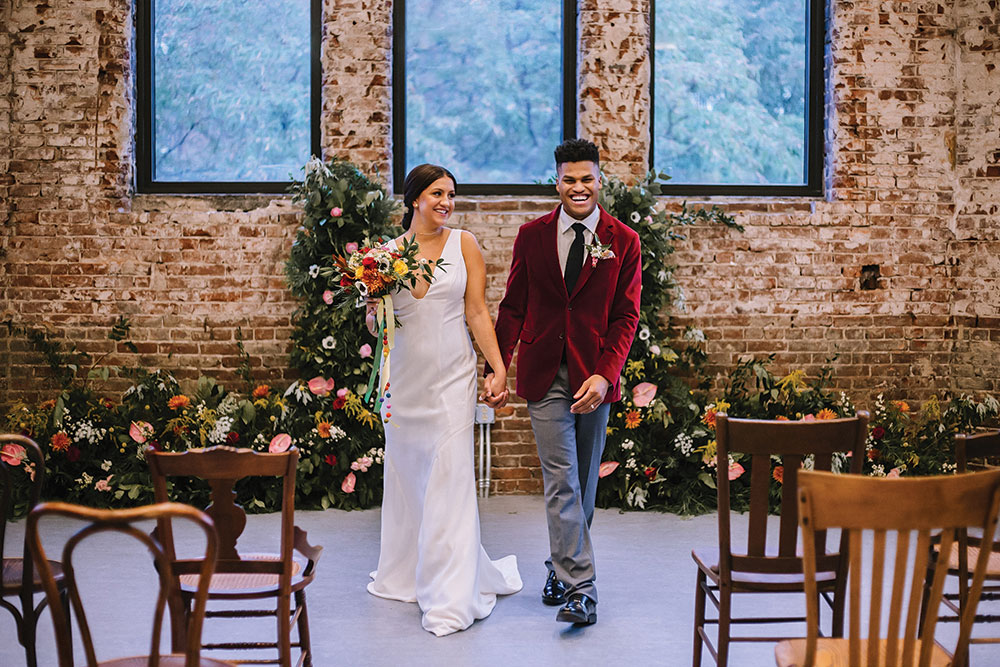 “If you’re planning a full seated dinner and ceremony, 120 guests is the perfect number,” says Shuknecht. “If you’re more of a non-traditional type of bride [or groom] Where you don’t have to have space for everyone, you can definitely have a cocktail reception with nice furniture and stations all over the house and people dancing for 200 guests. It’s definitely flexible depending on what the couple is looking for. “

While the MuseumLab is currently the hottest ticket to the children’s museum complex, couples can take their wedding to the next level with a “whole campus wedding,” with each event on the itinerary taking place in a different location. 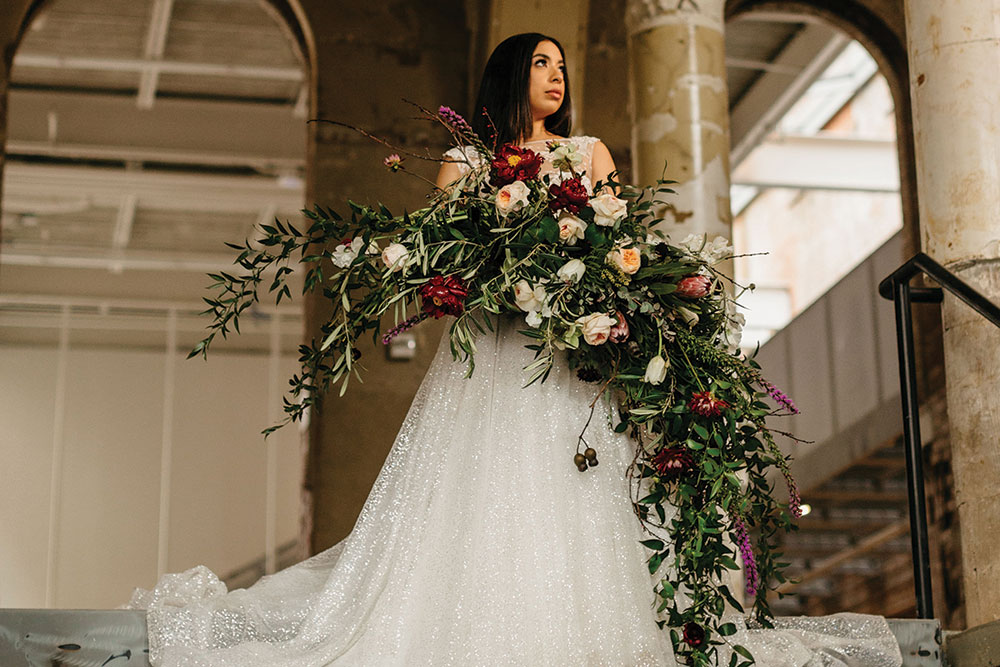 “The MuseumLab atmosphere is exactly what is inside right now. The exposed brick is really inside. The hotel’s pretty ballroom isn’t really popular right now, ”says Shuknecht. “It’s a really unique and pretty place. There really is no other room like it. “ 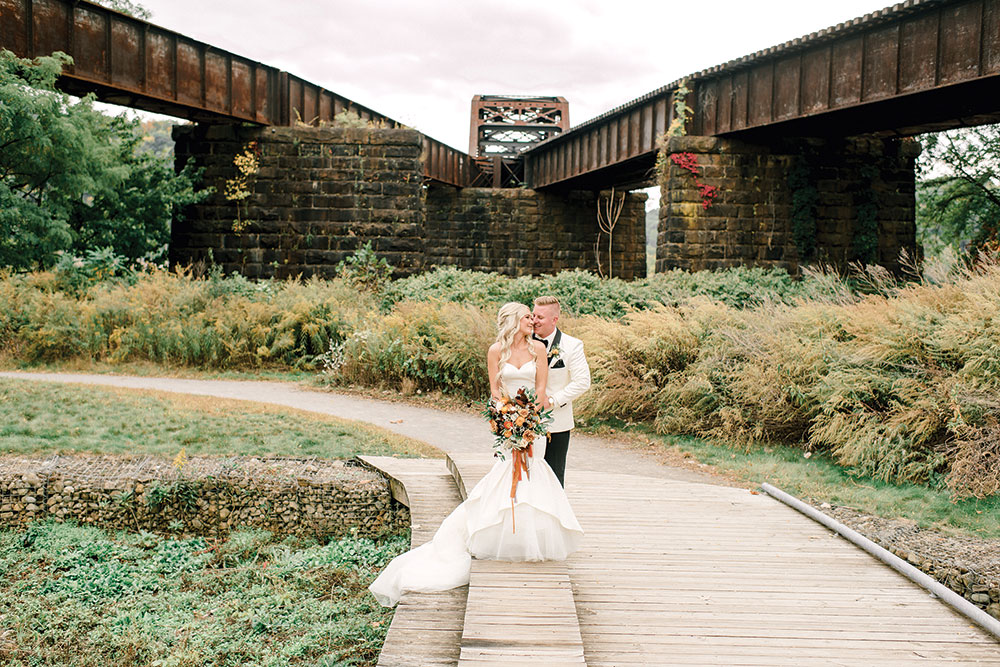 Weddings on the riverside

For brides and grooms looking for some fresh air so guests can dance all night and after a magical sunset with the Pittsburgh scenery, RiverFront Weddings is the place to book. 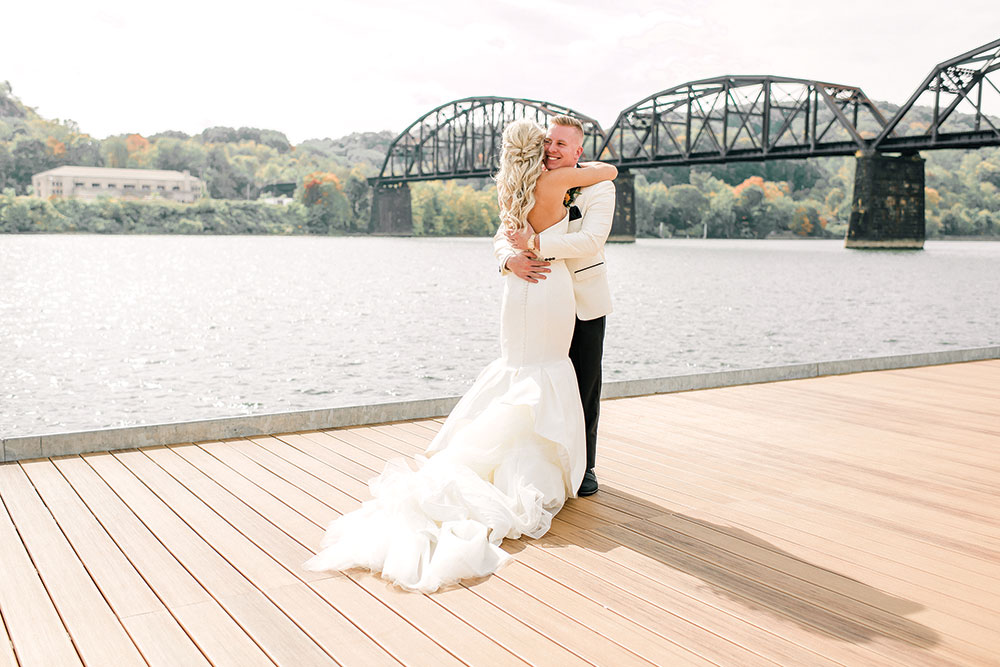 RiverFront Weddings is operated and managed by JPC Event Group in Aspinwall Riverfront Park. The modern and industrial venue is a clean space with minimal details and lots of natural landscapes to highlight the couple’s own decor and personal touch. Caitlyn Wimer, JPC Events Vice President and Venue Manager, said this is a public park so the outdoor community in Pittsburgh can be a part of your day.

“It’s a very interesting place because a wedding can take place when people are kayaking on the river or eating at a coffee shop in the background,” says Wimer. 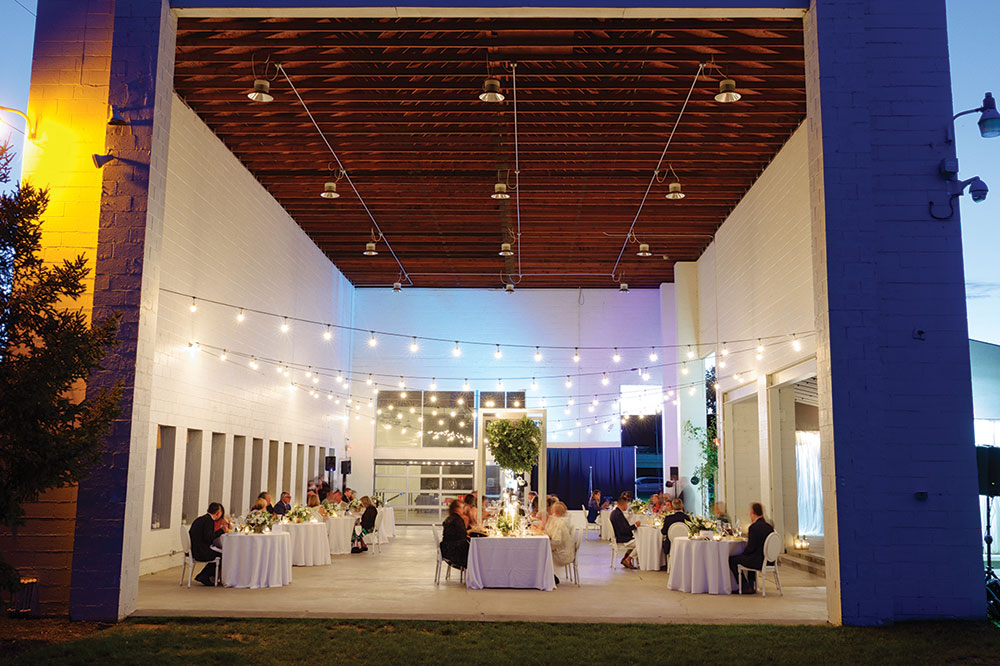 “It’s one of the few riverside houses in town, and it’s also the only venue that I know of in town that has so much space,” she adds. “It’s literally a park so there is plenty of green space and outdoor space. It’s a really big venue. “ 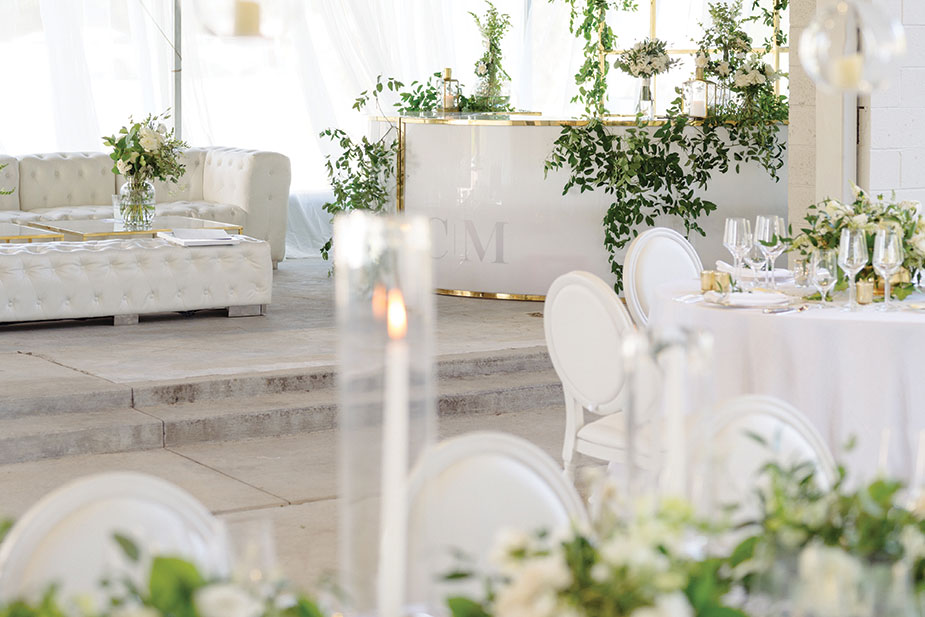 With all the space available, couples have a variety of options where they can say “I Do” before their reception. According to Wimer, the green area in West Park is available for larger guest lists of up to 200 people, and a green area right next to the pavilion can accommodate up to 300 people. For a more intimate wedding, the dock on the river can hold up to 50 guests and the covered deck overlooking the dock can accommodate up to 100 people.

Included in the booking of RiverFront Weddings is a full catering, equipment and event coordination service from JPC Event Group, which operates three weddings and function rooms in the area.

“I love the room because you can do a lot with it, and it’s so interesting for me to see how others interpret it because some consider it ultra-modern and some very rustic,” says Wimer. “Some people do the bare minimum and some do all sorts of crazy things.” 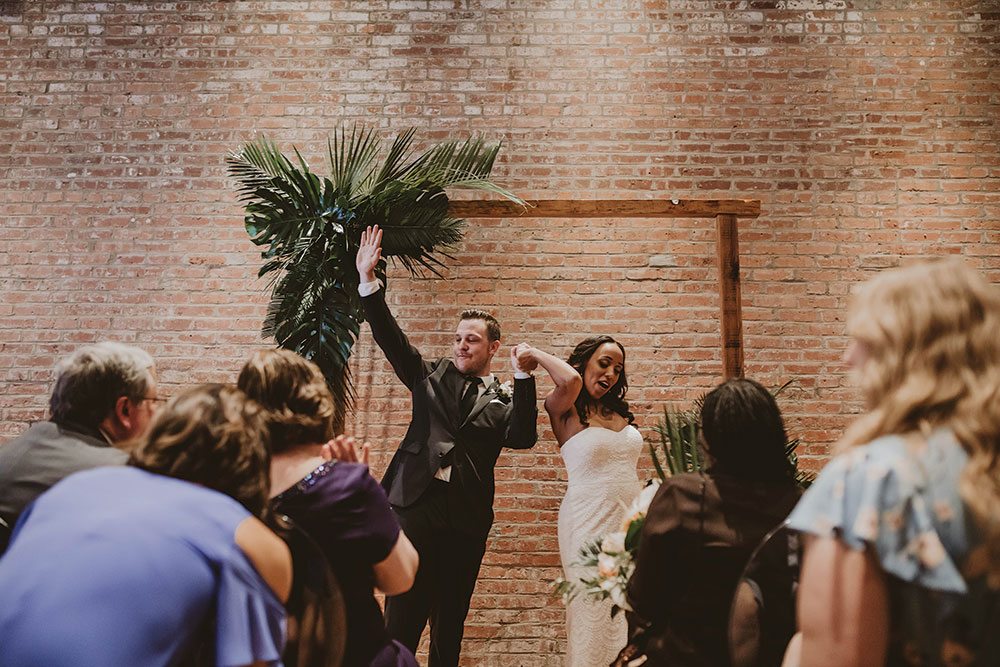 IN THE HEART OF THE STRIPED AREA, SLATE STUDIO MEANS TO BE AN EMPTY SLATE, A STARTING POINT FOR COUPLES TO DEVELOP YOUR OWN DREAM DAY PHOTOS BY GRACEFUL FAWN.

In the heart of the Strip District, wedding planners from Shayla Hawkins Events {SHE} have created a space that can serve as a flexible “blank board” for newlyweds. According to Alexis Allen, who co-founded Slate Studio with Shayla Hawkins in 2017, they based the concept on the importance of allowing a couple to bring both their own style and their salespeople into one space. 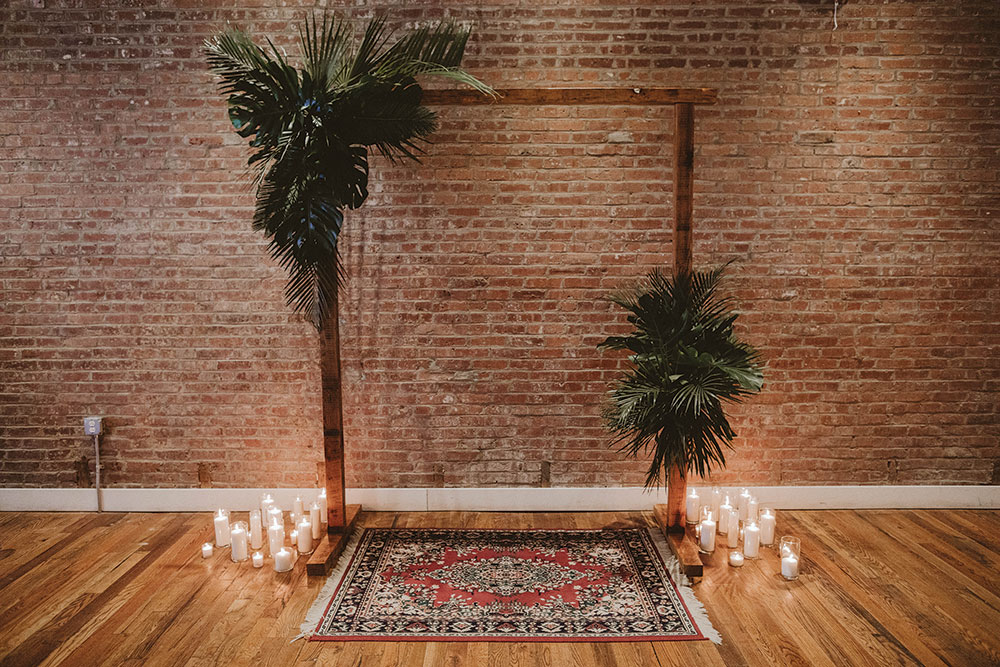 “We wanted to make sure that people could really go in and change the room to their liking,” says Allen. “If they wanted to get rustic or glamorous or maybe industrial, they could do just that.”

Without having to compete with busy carpets or wallpaper or unattractive chairs around the house, Slate customers can design a layout that Allen says is perfect for 80-125 guests. It’s just big enough for the couple to play around with the design until, with the help of Allen and Hawkins, it gets just right, from a cocktail reception to a dinner with larger round or wooden farm tables. 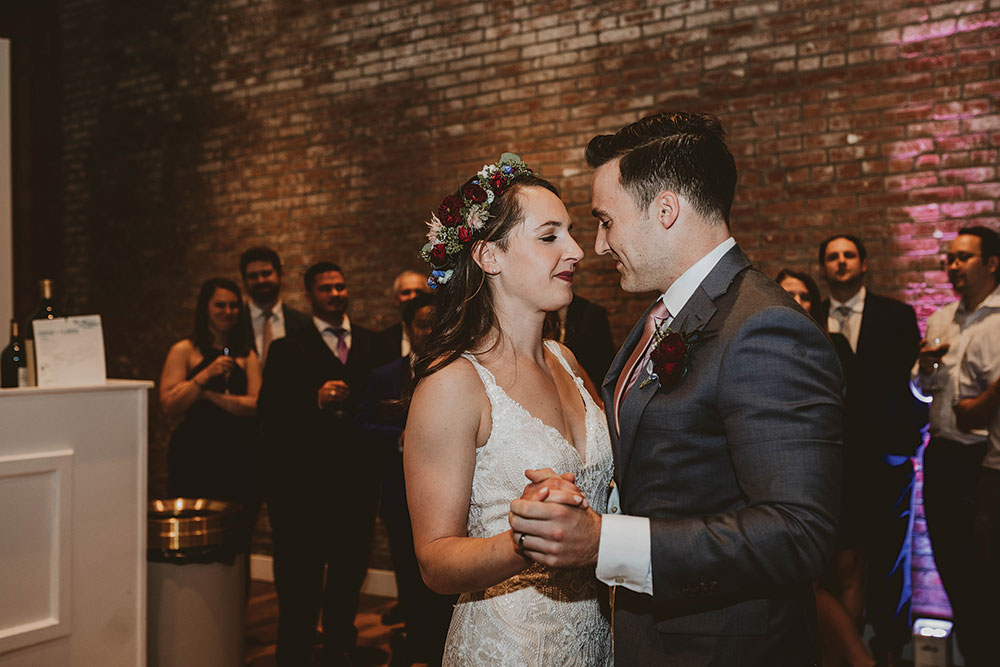 “We’re going to give them a starting point, but with the idea that it’s flexible,” says Allen. “If you don’t love where something is, let’s move it.”

Everyone thinks Slate is very “turnkey” with a variety of amenities included in the rental including various types of tables and chairs including Florence clear acrylic chairs, a sound system in case people don’t bring a band or a DJ, and others Lighting settings such as house lighting on dimmers create a romantic ambience. 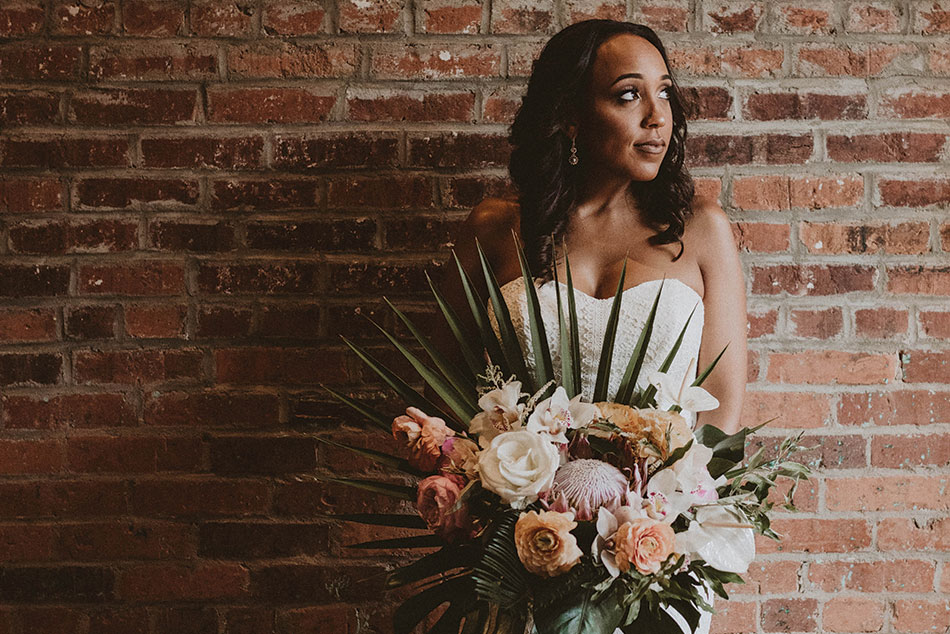 “We created this because we understand that not everyone needs full production to have a beautiful wedding,” says Allen. “It’s not necessary. You can come in and be minimalist and simple because that’s your style and you still have a nice wedding.”

There are some classic venues that never go out of style. You might want to consider these timeless, romantic places to say “I do”. – Lauren Davidson 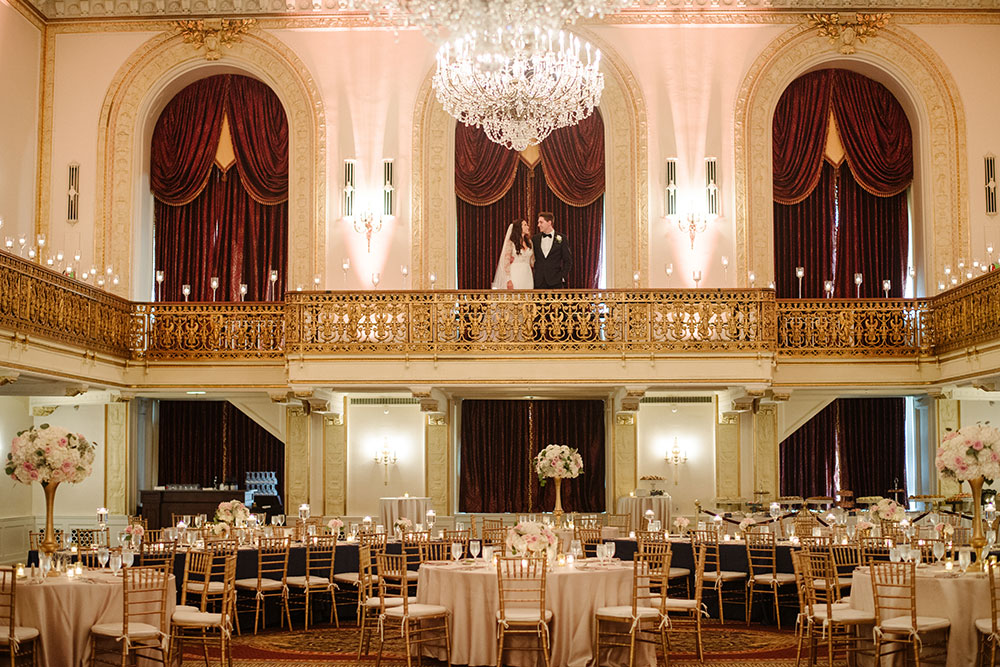 The hotel’s ballrooms may no longer be the go-to place for wedding receptions, but the Omni has a lot more to offer. The historic structure in the heart of downtown is over 100 years old, has hosted numerous celebrities and is home to fine dining and a speakeasy, all of which create an elegant atmosphere for your celebration. 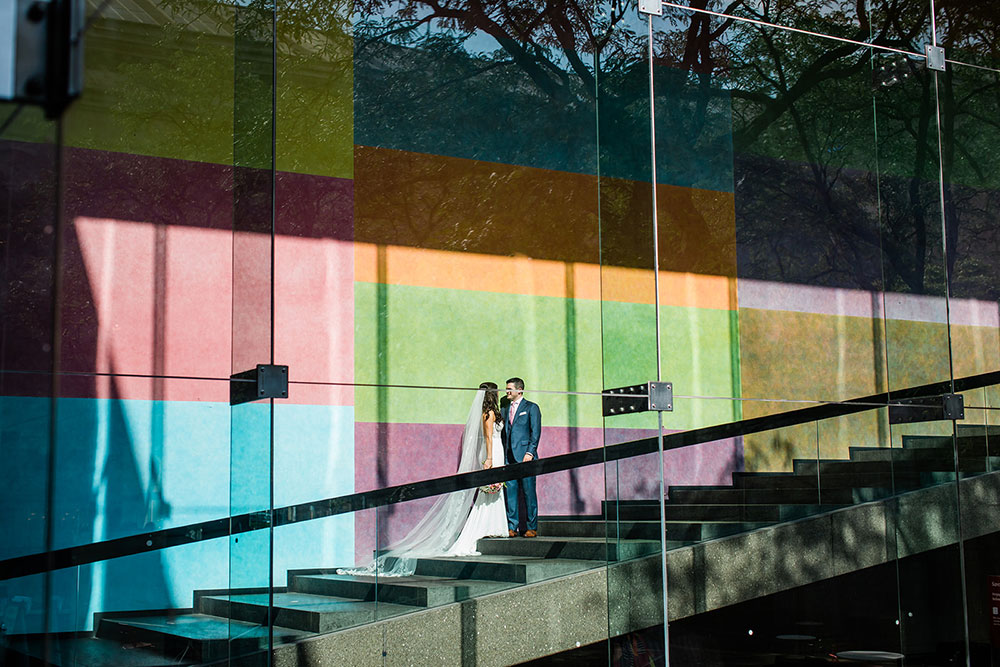 The Carnegie Art and Natural History Museums are popular spots for couples looking for a certain aesthetic in their day, but with rotating exhibits and so much space inside and out, no two weddings are alike. 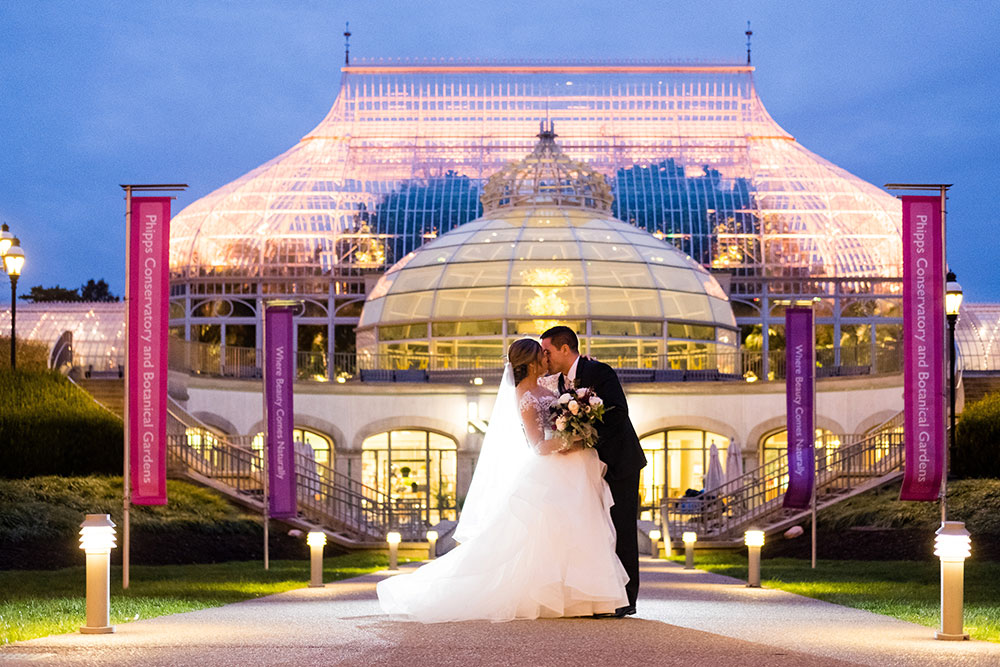 You can never have too many flowers at a wedding – and Phipps has some of them built in. Choosing this venue means you’re guaranteed to have the most vivid photos in Pittsburgh no matter the weather. 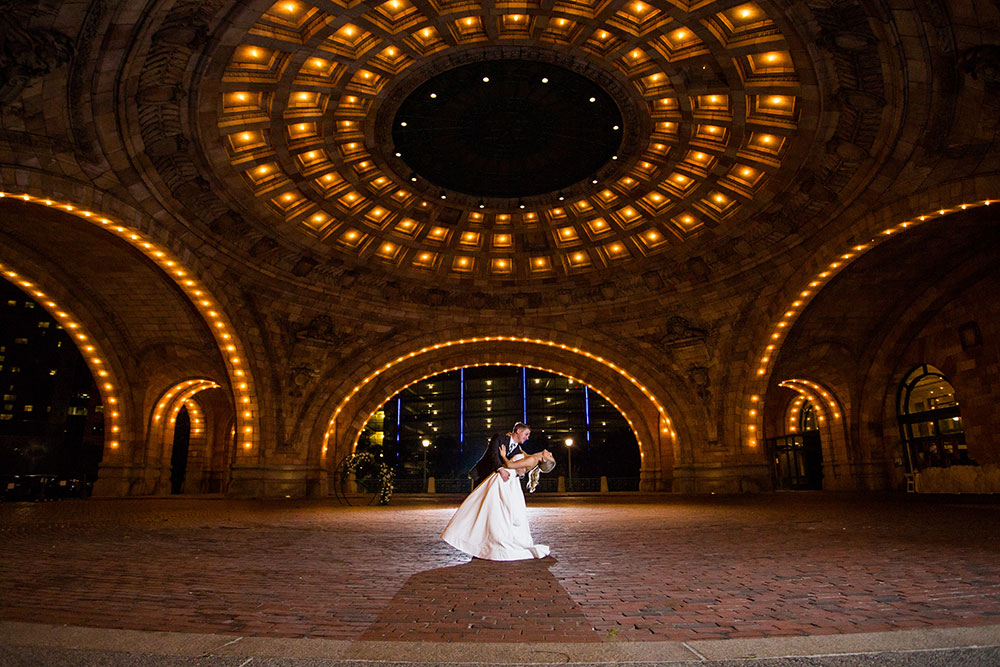 The former train station is perfect for couples with a travel theme or those who simply love a stately Pittsburgh landmark. This was built in 1900.

French Wedding Venues That Are So Romantic, Your Household Will Forgive You

French Wedding Venues That Are So Romantic, Your Household Will Forgive You