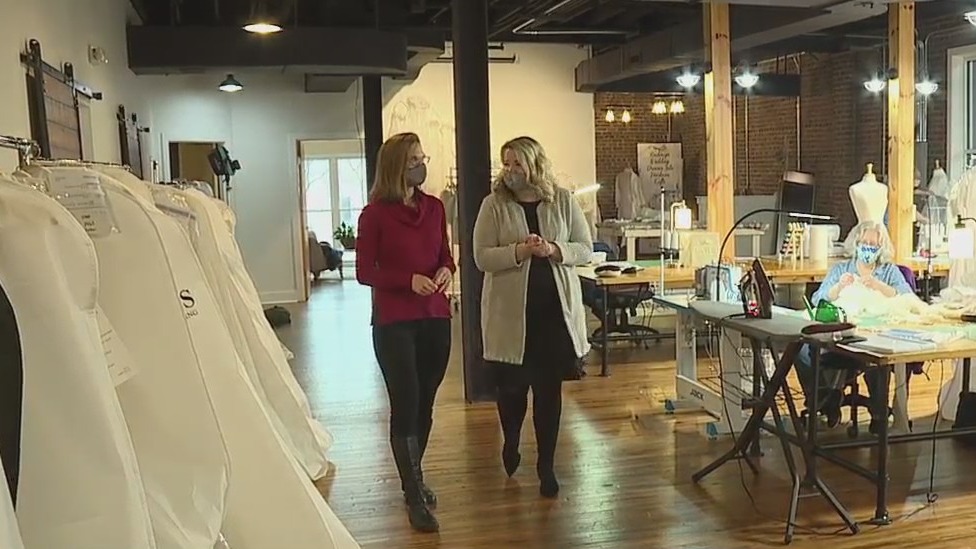 Unbox the dress does not make wedding dresses. Instead, they turn them into new creations for their customers.

They use the satin and lace material of the dress to make keepsakes like baby clothes, christening gowns, Christmas decorations, or even a robe for a new bride from her mother’s dress.

Unbox the dress started in 2018 and grew rapidly. The parent-daughter duo that formed the company began to expand and discovered the NC Idea Seed Grant, which funds new businesses to move to North Carolina and continue to grow. They applied and won $ 50,000.

Unbox the Dress owners chose Winston-Salem because of the talented pool of employees.

Grace Rojek, co-owner of Unbox the Dress, said, “We definitely saw the potential to recruit talent in the Carolinas. In general, its history is linked to clothing making and textile production, and in particular, we were so impressed with the people we brought here. They come from different fields. Some people have sewed all their lives. “

Shannon Smith visited the new headquarters on 4th Street in Winston-Salem to see exactly how they recreate wedding dresses.