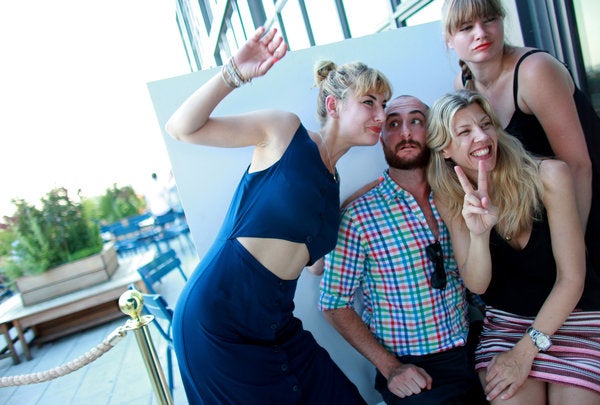 The party was for VFiles, the online fashion hub and store, and as expected, cameras were everywhere. In addition to the half-dozen photographers responsible for the Fashion Week affair, guests posed for selfies and snapped photos of rapper A $ AP Rocky and artist Mykki Blanco.

But there was only one camera that people lined up for. In one corner of the Raven Club was a photo booth like the one that used to be found in drugstores, where 20 fashionistas posed with friends.

“You’re at every party now,” said Billy Farrell, who runs a photo agency that covers parties in New York and elsewhere. “It started about a year ago, you saw them sometimes. It’s standard now. “Mr. Farrell said his agency will offer its own photo booth in the coming months.

That might seem strange considering that cell phone cameras and Instagram have made selfies almost a requirement for going out these days. However, the new photo booths, which resemble mini studios with professional backdrops and lighting, tap into a different social urge.

“It’s a mix of technology, art, and old-fashioned narcissism,” said Aaron Fisher-Cohen, 29, founder of Bosco, a photo booth company founded two years ago in Brooklyn that charges over $ 3,000 for its services. (Similar companies are Smilebooth and Photoworks Interactive.) “People especially want to endlessly share pictures of themselves right now.”

Sharing is a great asset. The subjects still walk away with a printout in hand, but they can also share it instantly on Facebook, Twitter and other social media platforms by dragging them over tablet computers connected to the photo booths. Hosts not only receive their events advertised through the social network of a subject, but can also collect email addresses and other useful information.

There is also a factor of nostalgia. “It’s like the return of Polaroid, people are obsessed again,” said Brian Wallis, chief curator of the International Center of Photography in New York. “You can do this and see the picture right away.”

All of that makes a great party, said Campbell Bromberg, vice president of production at KCD, a fashion PR agency. “It animates the people and the overall sound of the room,” he said.