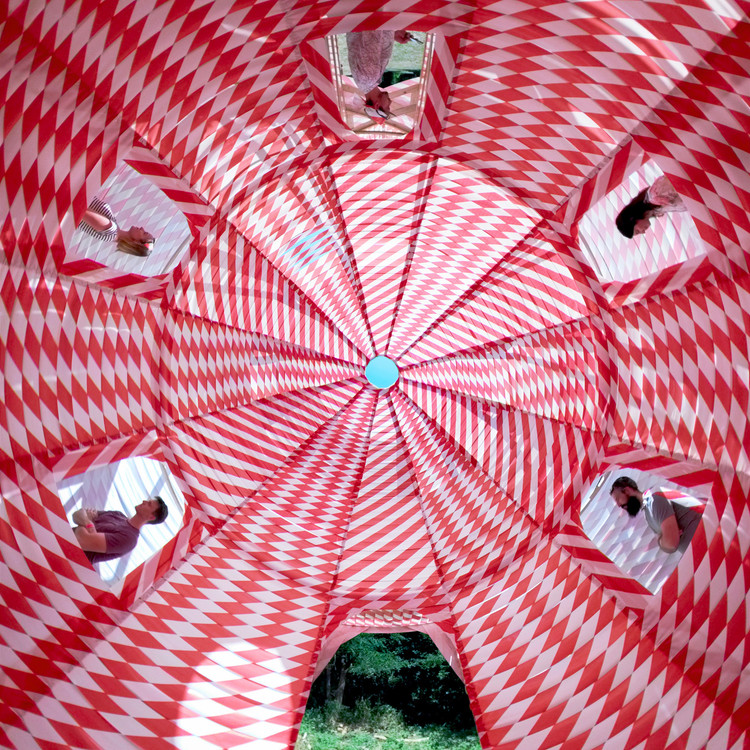 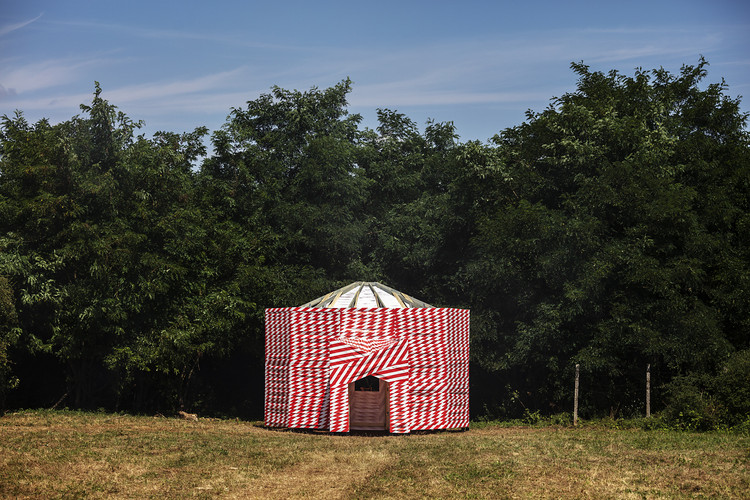 Text description of the architects. Photo Booth Pantheon was designed for Hello Wood Festival 2019 to become the Monument to the Builders Society of Hello Wood. Photo Booth Pantheon is a building, a monument, a performative installation and at the same time a tool. A real photo booth depicting historical and contemporary memory tendencies that are becoming increasingly important in the age of viral sharing. 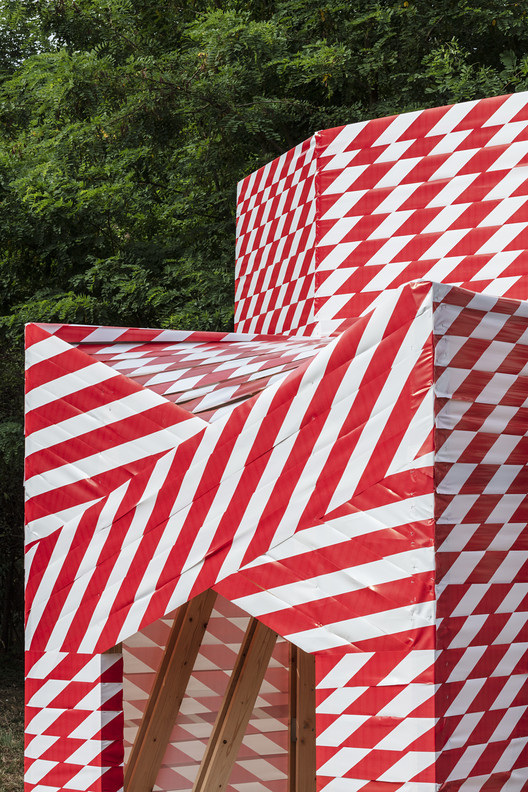 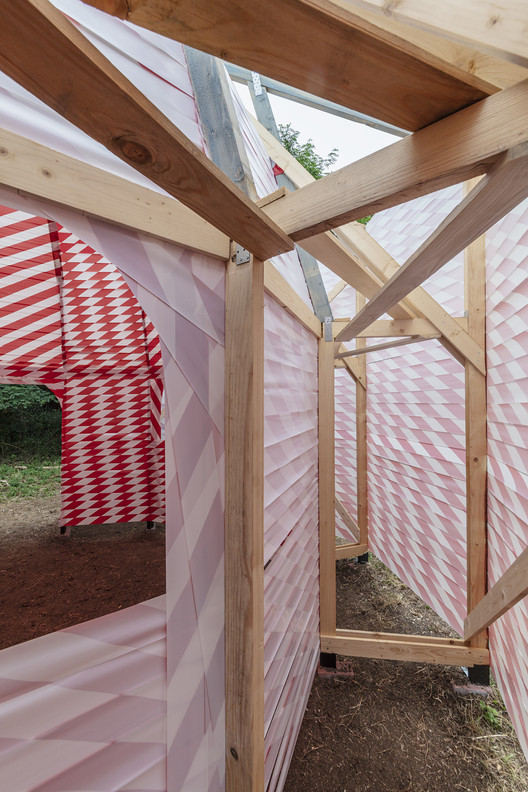 The Photo Booth Pantheon invited all members of Hello Wood to become part of the monument. Thanks to the structure of our proposal, there are two types of spatial quality that participants can meet. 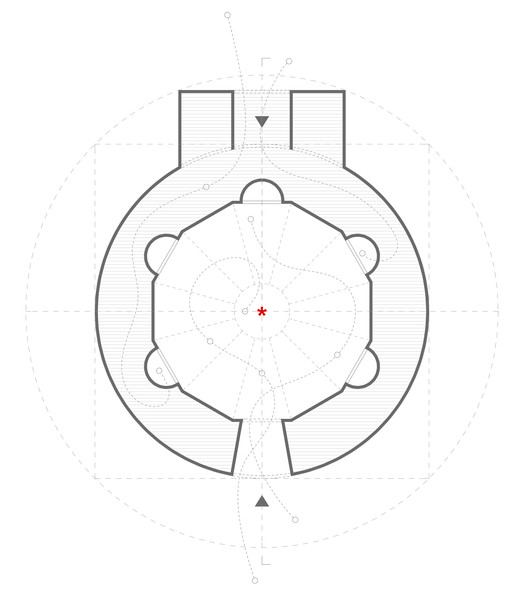 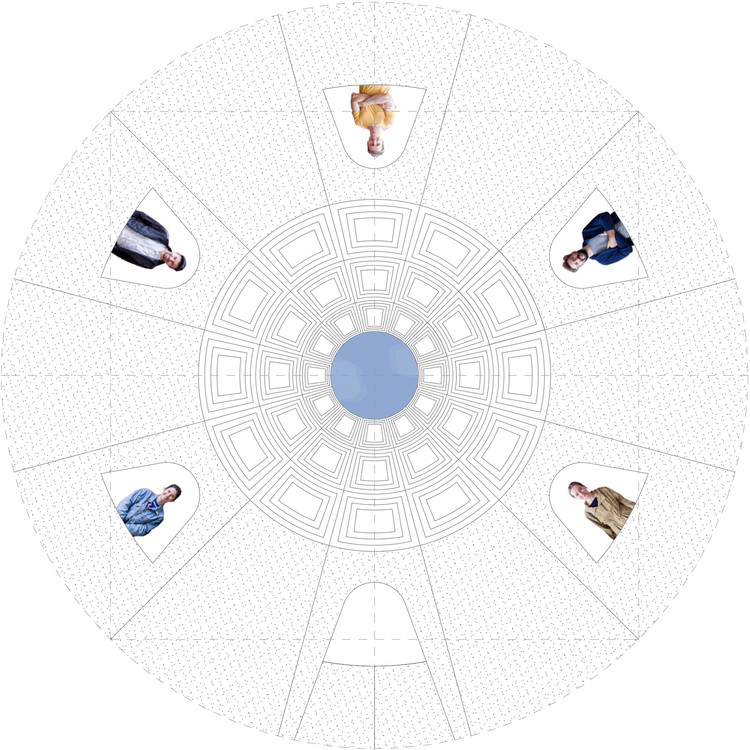 Plan of the result

One can simply step into the ordinary interior of the Pantheon to attend as a visitor, tourist, or believer in the Builders Society. Another can easily enter the space of the wall of the pantheon. Inside the wall is a completely different room that serves as a backdrop for memories of the future. A nonsense, but a real space between the present and the future in a theoretical way.

And finally there is a hole in between. The wall niche that is open. This wall niche is an extension of the interior of the Pantheon, but only accessible from the wall. It’s a special hole that looks more like a portal, a gate in between. When someone becomes visible in this hole, he becomes history. They become the bust statue of the Pantheon on display for a while. Or as long as you want. 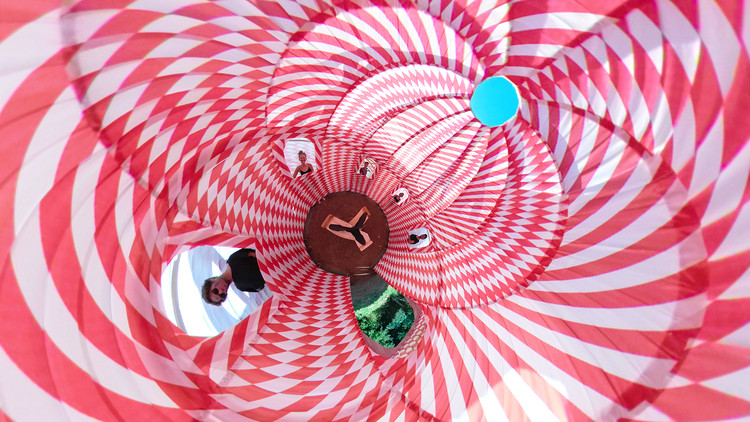 And at that point, another thread of the story begins. In relation to this pantheon is also a photo booth, in the middle of the ordinary room there was a camera that operates in 360 degrees. This camera took special photos of the people entering while standing as part of the Builders Society memorial. These photos are cropped to a square, so they can easily be uploaded to Instagram. 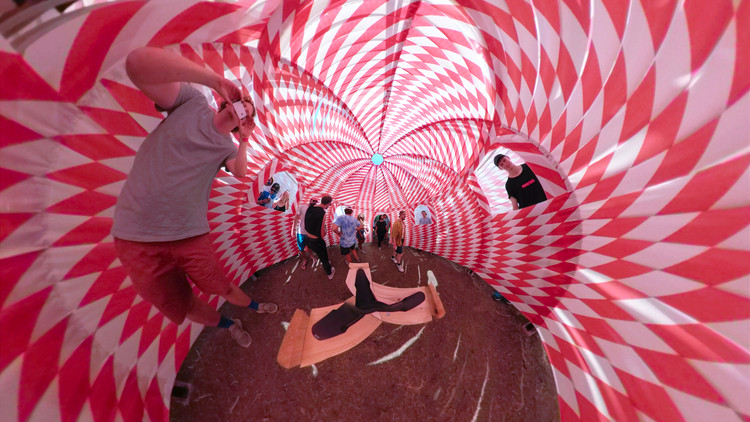 On Instagram, these images represent a historical type of memorial, the pantheon, which corresponds to the current habits of how our society collects memories today. 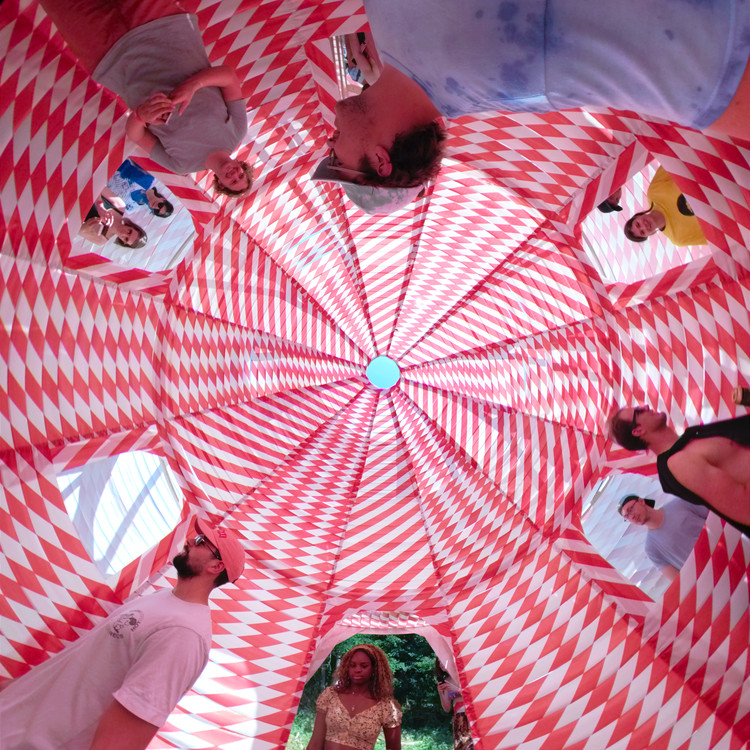 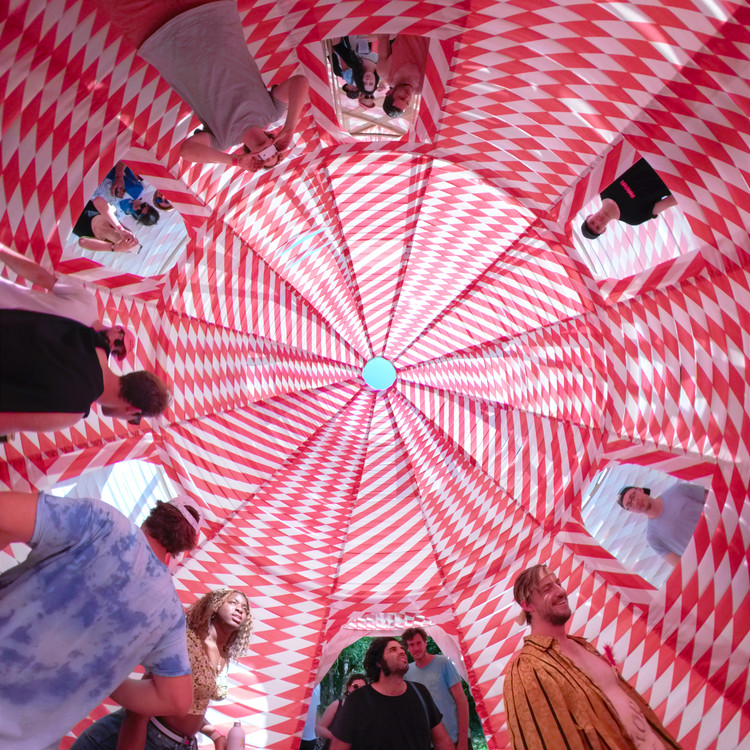