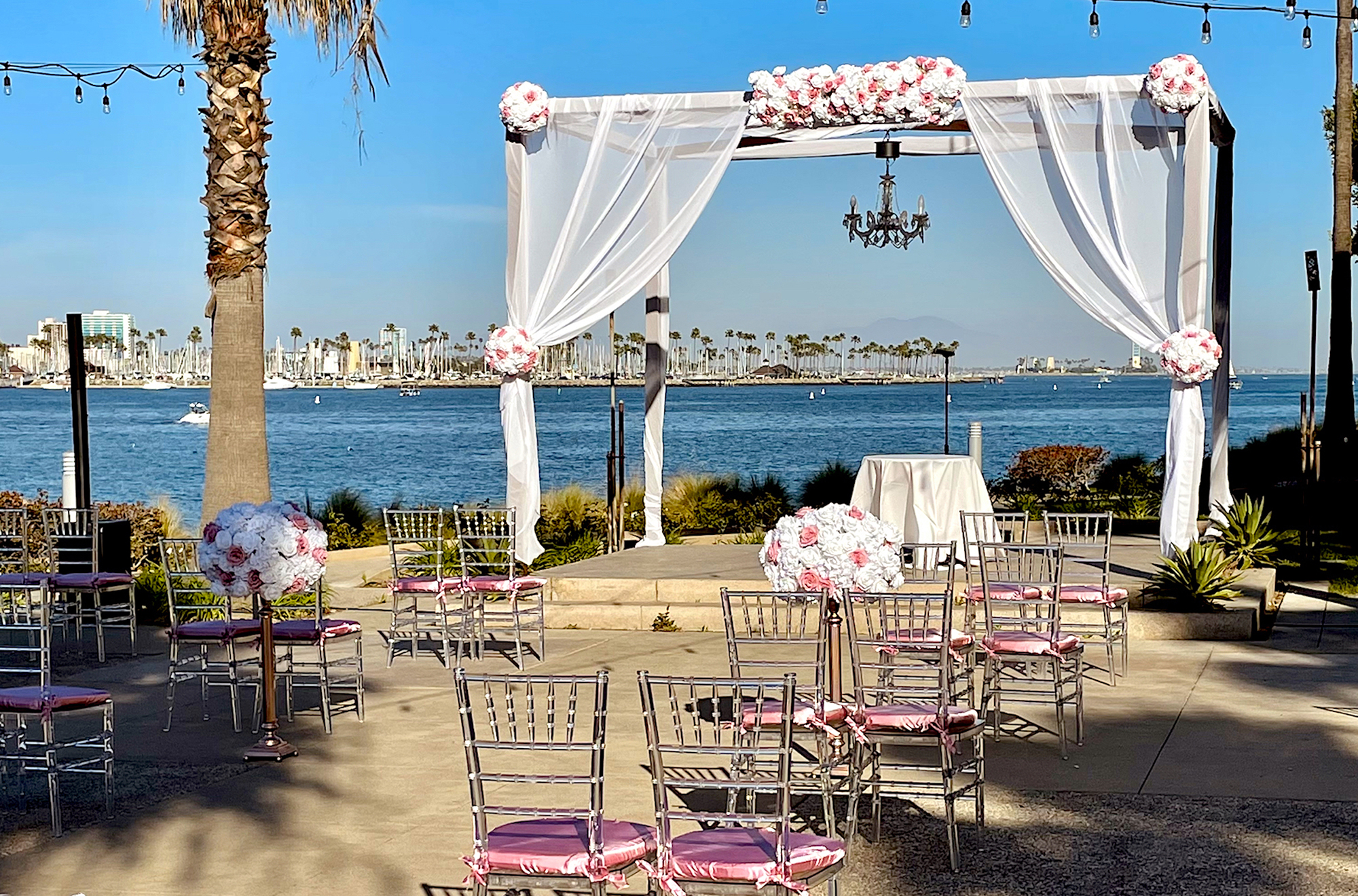 It was not enough for COVID to force the cancellation of restaurant visits, sporting events, festivals and pretty much everything else in the course of what was once so-called everyday life. It also put weddings on hold.

People who planned to swear their eternal, undying love for the rest of their lives have been asked to take a seat and postpone their wedding plans until the whole thing is over. Some couldn’t wait to do their “I do’s” with a handful of masked companions and guests in their backyards, while others decided to stop loving altogether until things got safer. That time is now.

Wedding venues around Long Beach have suffered almost as much as long-engaged couples, and now they’re starting to recover from a brutal, loveless year. Some are making changes to attract more couples and adapting their business models to introduce more security measures.

Most also try to keep up with the influx of businesses from couples who, albeit cautiously, are hoping to finally make their devotion to one another beautiful and legal.

The grand setup for a nightly event. Courtesy photo.

“It was lifeless,” said Dan D’Sa, director of The Grand in Long Beach, of the past year. “It was a beautiful shell that didn’t have a heartbeat.”

Among the multitude of licenses the luxury venue has, its restaurant license allowed the outdoor space to open up as a parklet, function as a restaurant and micro-wedding space, which has been gained in popularity through pandemic safety protocols.

“It felt so weird to see just a small part of what the celebration typically and historically looked like in relation to weddings,” D’Sa said.

Last year, The Grand only hosted five weddings, two of which only had three people.

“You have people who go into something, probably the worst that this world has ever seen and will ever experience in our lives. Something so tragic and traumatic happens and people really still want to connect for the rest of their lives, ”D’Sa said.

Even as restrictions wear off, D’Sa expects caution in wedding planning indefinitely.

“I don’t want to overcome someone’s fear. I want to sympathize with them. And I want to do everything I can so that they can still entertain and have that experience, ”he said.

D’Sa said he anticipates zooming in on friends and family will likely continue to be a part of future weddings.

Instead of creating special wedding packages for couples that can be selected based on COVID-19 safety protocols, The Grand has instead become more involved in the wedding design process, creating a personal but socially detached experience for each wedding.

Hotel Maya is set up for a wedding. Courtesy photo.

When pandemic restrictions were eased somewhat to allow for cultural and religious ceremonies, Hotel Maya adapted a new “minimoni package” that proved quite successful, said Lisa Duncan, director of catering and convention services.

Although the package limited the ceremony to no more than 25 guests and did not include food, drink or other typical festivities normally associated with weddings, 15 couples took advantage of the package in the second half of 2020, and the package will continue to be offered for offered this year, said Duncan.

“It might have looked a little different, but the most important thing was that the couples could officially get married in front of a smaller group of family and friends,” she said.

Lots of couples are still trying to minimize them, Duncan said, and she expects the trend towards smaller weddings to continue.

Other changes include food and drink service; Buffets and family dinners are a thing of the past, and waiters are now taking drinks orders at the table instead of having guests congregate at a bar.

Generally, couples plan their weddings nine to twelve months in advance, but Duncan has seen many couples plan for the end of 2022 out of great caution. On the flip side, Hotel Maya has also organized weddings just a few weeks in advance for couples planning to get married when the restrictions are lifted and their family members are vaccinated.

Hotel Maya has made every effort to accommodate guests due to the unpredictability of the pandemic, including the flexibility to change dates.

Prices didn’t fluctuate to make up for last year’s drop in sales, Duncan said, aside from “small incremental increases here and there to accommodate the updates to the style of service we need to follow,” such as: B. more server example.

In April of this year, Hotel Maya recorded a 40% increase in requests compared to April 2019.

“Even if it’s a smaller dinner for 25 people, it’s just nice to see people celebrate and make it safe and our employees are here. Everyone is really happy, it’s just a really good vibe and energy, and we definitely missed it, ”said Duncan. 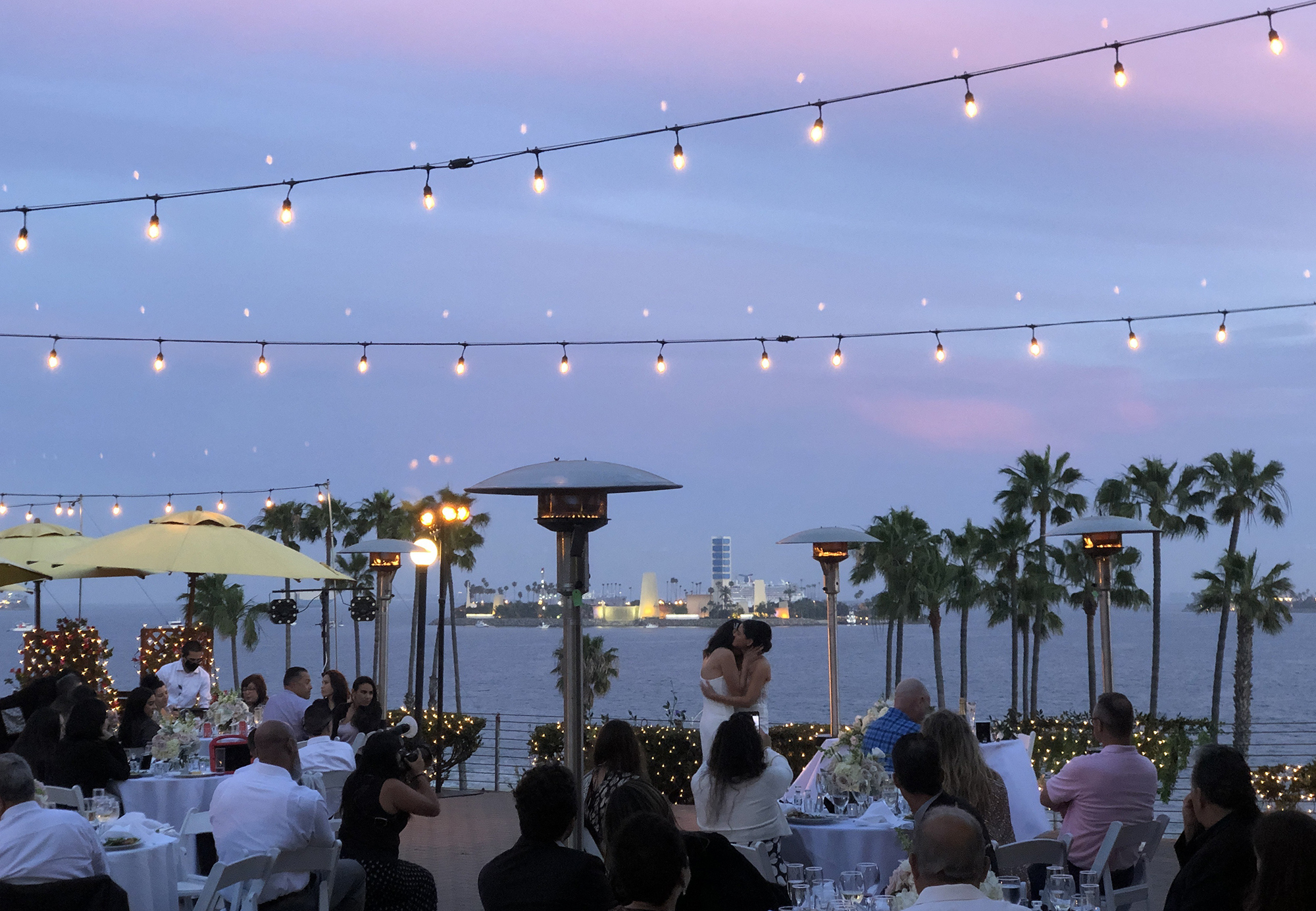 The Long Beach Museum of Art initially had 46 weddings planned for 2020, a number that has shrunk to just one last year, CEO Ron Nelson said.

It was a five-minute ceremony attended only by the couple, the clerk, and one of the groom’s mothers.

Even so, Nelson said, “It’s uplifting and spiritually renewing. I got married here and I think the place will sell itself. “

Amid the museum’s financial worries over the past year, after seeing vendors such as photographers and florists failing to return deposits to couples, Nelson made sure that each couple received 100% of their deposit back from the museum.

“And it wasn’t that I had the money for it, but I really wanted to make sure I could find that money and make sure they were whole. I know what weddings cost, I can’t imagine getting that close and then all the money you had is for free, ”Nelson said.

Nelson said 30% of museums in the United States either had to close or use their reserves to survive the pandemic, but luckily the museum was able to receive a “large inflow” of funds. “Everyone really wanted to make sure we were okay,” he said.

As restrictions have been relaxed, bookings have increased for weddings, with events scheduled “every day,” Nelson said.

“If everything holds, June 15th will actually be the day we return to a real world. I think weddings are getting bigger. I think they’ll be more celebratory, “Nelson said of the date the governor plans to lift most of the COVID-19 restrictions.

While the museum was already offering a micro-wedding package prior to the pandemic, it simply wasn’t advertised until the pandemic created an increased need for weddings with a smaller cast.

In addition, prices have risen slightly to offset the losses of the past year. 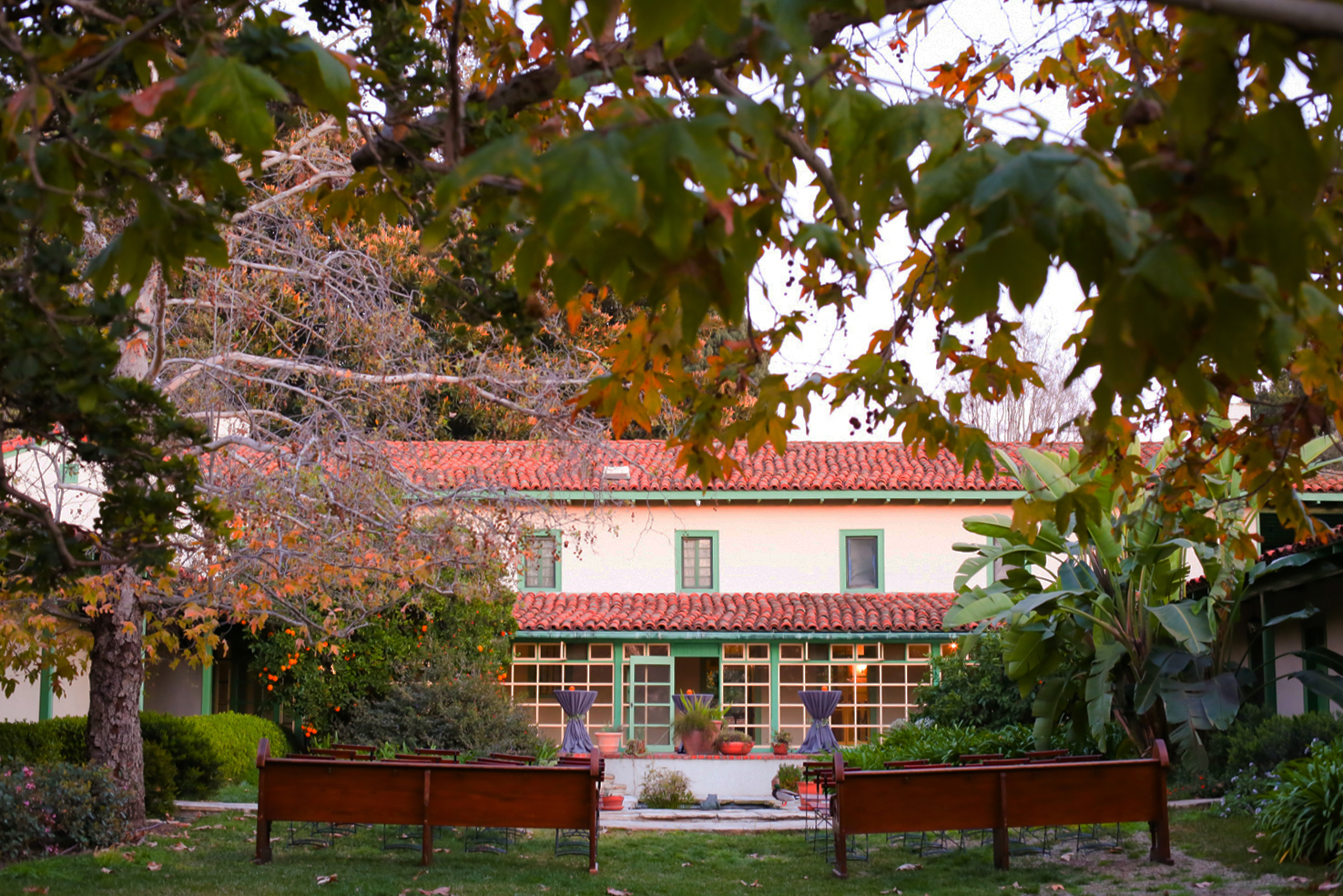 Rancho Los Cerritos, “a hidden gem in Long Beach,” is unique in that it was able to remain open to the public as a public garden and museum for much of the pandemic, according to Special Events Coordinator Mallory Rydell.

Although weddings have been drastically reduced in the last year, with a shift towards small, intimate and mostly live streaming events.

To meet the changing and socially distant needs of couples, Rancho Los Cerritos created an elopement and micro wedding package with a livestream add-on.

As an outdoor location anyway, not much had to be changed, said Rydell. Changes, including a shift in catering and of course an increase in COVID-19 security measures.

The gardens host around a dozen weddings a year on an average year, but that number has doubled by 2021, Rydell said.

While guest numbers have plummeted over the past year, Rydell said most couples have kept their budgets the same.

While the micro-wedding has become the style of choice amid the pandemic, Rydell says it foresees a return to big events.

“I think people are ready to party,” she said.

The Wedding Center is not a venue, but provides affordable and efficient weddings for couples across Southern California with both the marriage license and the same day ceremony without reception or other ceremonies.

Many of the couples looked after by the center have urgent marriage needs, for example for reasons of immigration or health insurance, said Peter Otto, director and official of the center.

As a result of the pandemic, the center introduced “drive-up” weddings, which will continue to be offered even after the restrictions have been eased. Typically, weddings can take place on site or in various other locations such as the beach or the couples’ home. The center has looked after over 10,000 couples in its 14 years, said Otto. The Long Beach site had to be temporarily closed during the pandemic, Otto said and now operates entirely from its South Bay site, but he is hoping to return to Long Beach soon.

Since the pandemic, the office has only been run by two people, including Otto, which was particularly difficult when the district administration’s office was closed and people instead called the marriage license center.

Prices have remained constant throughout the pandemic, except that special discounts that were previously available are no longer available.