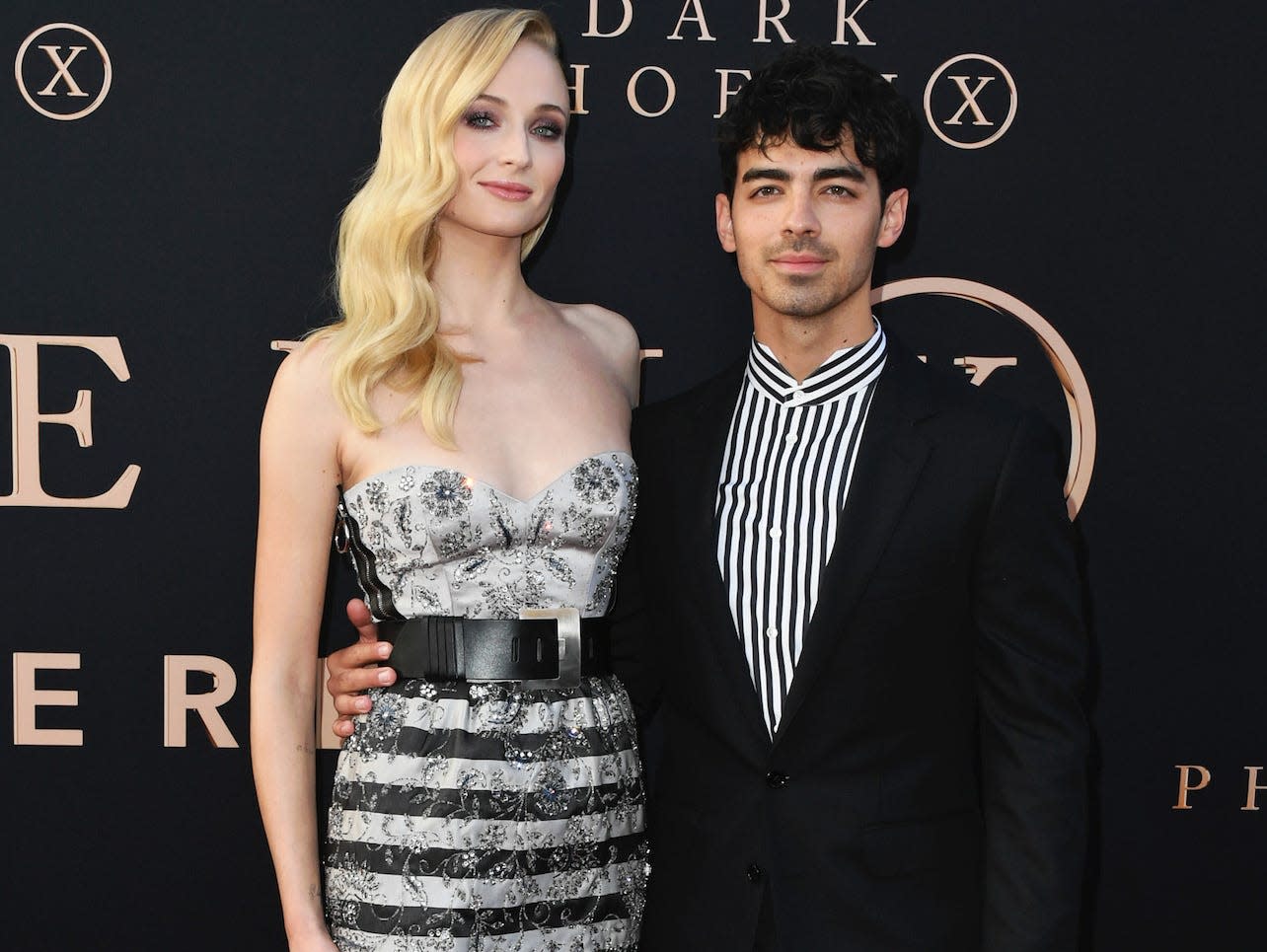 Sophie Turner and Joe Jonas have been officially married for two years – and are now sharing some unprecedented photos from their wedding in France with fans.

On Tuesday, Jonas posted a picture of himself and Turner dancing during their wedding celebration for the first time. “The best two years of my life. I love you @sophiet,” he captioned the recording.

The photo gives a closer look at the top and sleeves of Turner’s wedding dress, which was previously only seen in a photo shared by the couple.

Turner also shared her own Instagram post in celebration of the big day. “I mean … shit, it’s been 2 years,” she wrote next to the five-picture slide show.

The first picture in their post apparently shows Turner and Jonas going to their rehearsal dinner. For the event, Turner wore a white sleeveless dress with strappy sandals, no accessories, and an updo. Jonas, on the other hand, opted for a black and white striped suit.

Other pictures in Turner’s post show her and Jonas hugging during a dance, she and her bridesmaids wearing matching white pajamas and a tiered cake adorned with gold putti.

Jonas then shared another series of photos. These pictures include one of him and Turner at their rehearsal dinner, a top view of their reception, Jonas and his brothers at the wedding, and much more.

Earlier this year, Turner and Jonas posted unseen photos taken during their first wedding in Las Vegas, Nevada, directed by an Elvis impersonator.

“Happy 2-year Vegas wedding anniversary to that big old piece of man’s meat ❤️ 🥩 ⛪️,” Turner wrote in the caption of her post.

The story goes on

Turner and Jonas originally didn’t share photos or videos from their Vegas wedding. Instead, musician Diplo streamed the event – allegedly without the couple’s permission – on Instagram.

The couple have also not posted any photos or videos from their wedding in France, apart from a picture of them walking down the aisle.

Read the original article on Insider