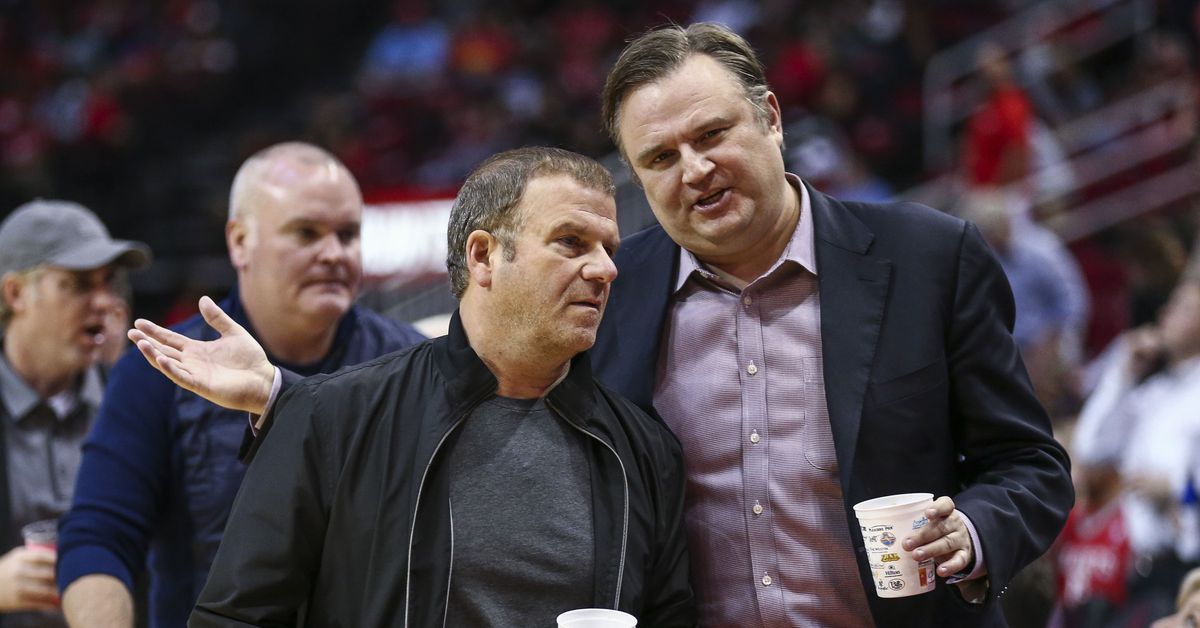 I got married on Saturday. My friends made a perfect day, both fun and authentic, by securing and reading a statement from Houston Rockets General Manager Daryl Morey during the wedding ceremony.

I grew up playing at the Houston Rockets at the Summit, then at the Toyota Center. I heard the 1994 championship on the radio at a Boy Scout summer camp. I saw the title from 1995 while standing on a coffee table.

Once, while studying, I looked up from a card table in a less licensed poker house in Houston and saw Matt Maloney taking a seat at the table.

At 33, I can still wear the blue Clyde Drexler jersey that I got for my birthday in middle school. I’m the monster who owns a Rockets jersey for his cat, and I’ve been an unpredictable writer for The Dream Shake for the past five years.

By reasonable standards, I qualify as a lifelong Rockets fan.

Life takes some funny twists and turns. I left Houston 11 years ago and have lived in 7 states since then. I am delighted to have fallen in love with my wife and her home state of Montana, which we live in.

Imagine my surprise when I stood in a field on a mountain top in Montana. A friend I’ve had since elementary school breaks out an ironic congratulatory wedding declaration from Daryl Morey during the ceremony.

My dad and I loved it.

I have to go to Dr. Thank you Sam Cook for backing up the statement and being the pride of Edinburgh, Texas and Michael Jaynes, a lifelong friend who owned the Dreamcast on which we have played countless NBA 2K games. Not NBA 2K of the series, but the original NBA 2K with Allen Iverson on the cover.

Oh yeah, and Daryl Morey. Not only is he the best general manager in the NBA, but someone who is clearly ready to embrace his strange fame and allow others to have a good time with it.

Wow that’s impressive! so happy to play a small role, congratulations to the happy couple!

Best of all … I was wearing my Hakeem Olajuwon socks.