Home Wedding Photography How this couple’s startup strives for originality in the crowded wedding photography... 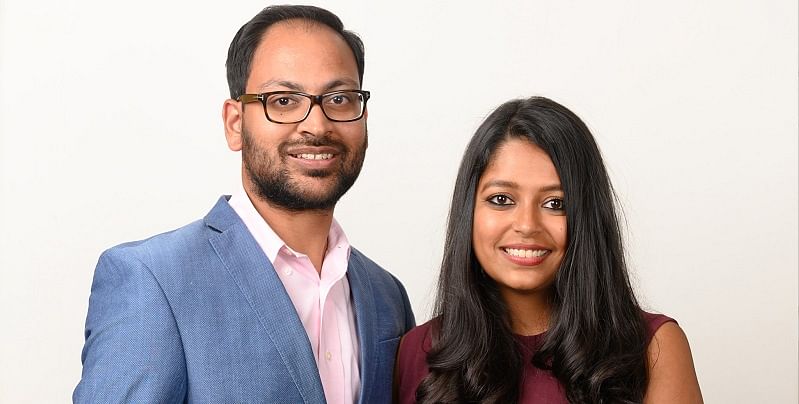 To call India’s wedding industry “huge” would be an understatement. From choosing the location to designing the outfit, buying jewelry and finishing the decor, there are numerous professions involved in marrying two people. One of them is photography.

No wedding these days is complete without wedding photographers and videographers. Not only do you cover the day of the wedding, but you are involved in every phase of the celebration – from the start Capture intricate moments of the event to showcase the bride and groom.

One such photography startup is .WeddingNama., which was founded by the wife-husband duo Ankita Asthana and Akash Agarwal in 2013. The business grew out of the couple’s shared passion for travel and photography.

“It was a new field to venture into at the time, and the industry itself wasn’t very well organized. Traditional methods were still widespread, and covering weddings in a contemporary style was almost unknown, ”says Akash Your story.

“The other thing that worked for us is that we had a professional approach to weddings and a good online presence from the start. In fact, at the beginning almost all of our customers were NRIs who found us either through our website or through word of mouth. Together with the quality work, this gave us our advantage, ”says Ankita.

WeddingNama has worked for many popular personalities in various industries including Zaheer Khan and Sagarika Ghatge, Chanda Kochhar, Rajan Raheja (Chairman of the Raheja Group), Neeta Lulla (Bollywood Fashion Designer) among others.

In 2010 the couple moved from Delhi to Mumbai.

Ankita, with her Masters Degree in Photography from NID, Ahmedabadexperimented with fashion photography, made shoots for lifestyle magazines and engaged in product photography.

Her first wedding photography assignment came about by chance when a senior from her college asked her to photograph his 2012 wedding. And that was just the beginning. With an abundance of references, wedding shootings were due.

What began as a job for a solo photographer soon took on the form of a large company, as overseas assignments could only be carried out by a large team.

Meanwhile, after completing his degree, Akash began working in the banking sector MBA from XLRI Jamshedpur. As the demand for Ankita’s shooting increased, Akash, who was also passionate about photography and filmmaking, switched from trading derivatives in the banking sector and stepped in to build a full-fledged business. At the same time, his former CEO called him for meetings, this time to discuss their daughter’s wedding.

Claiming Ankita and Akash’s business Grown 10x since its inception, although they limit the number of weddings to 20 per year.

The company was self-financed and has remained self-supporting.

To date, the team has worked in France, Italy, Scotland, Turkey, Great Britain, the USA, Mexico, Kenya, France, Cyprus, the United Arab Emirates, Oman, Cambodia, Indonesia, the Philippines, Singapore, Thailand and the most of the US turned to India.

Her work has been exhibited in London and Brazil and in publications such as Vogue, Harper’s Bazaar, NYTimes, and Huffington Post. Ankita and Akash also act as mentors for brands like Nikon, Profoto and Harman Technology. They review their products and pass their contributions on to the respective research and development teams.

The recent lockdown has definitely had an impact on the startup’s business as many people have either been forced to postpone their weddings or aren’t sure they can host large events. In the meantime, WeddingNama has turned its focus to another industry – The WeddingNama School.

Launched in August 2019, the program is aimed at photographers and cameramen who are either already in the industry or who intend to get into the industry to improve their skills.

It is a three day course on everything wedding photography related, covering the creative and business side. The vertical was offers free LIVE sessions during the pandemic to give back to the community and raise the morale of young photographers.

Regarding the current slowdown due to the pandemic, the two believe the industry could experience a setback in the short term. “We expect intimate weddings to begin later this year. But since people love to party with full flair, it won’t be long before they get back to the big, fat Indian wedding. In our country, they are deeply linked to people’s emotions and essential in many ways“Says Ankita.

According to a 2017 KPMG report, the Indian wedding market is valued $ 40-50 billion in size. In terms of market size, it ranks second only to the US.

With wedding photography being a crowded space, the founders say the startup urgently needs to differentiate itself from the rest.

“We’re always thinking about new ideas and ways to capture love stories. In this business too, it is very easy to copy someone else’s work. So we have to keep reinventing ourselves, ”says Akash.

With a Team of 15The startup claims to have brought new trends into the wedding photography and film business, such as drone photography, underwater photography, filming for target couples (in places like Cappadocia, Paris, Ladakh, Kashmir, Bali, Italy, Scotlandetc.) and exotic weddings. 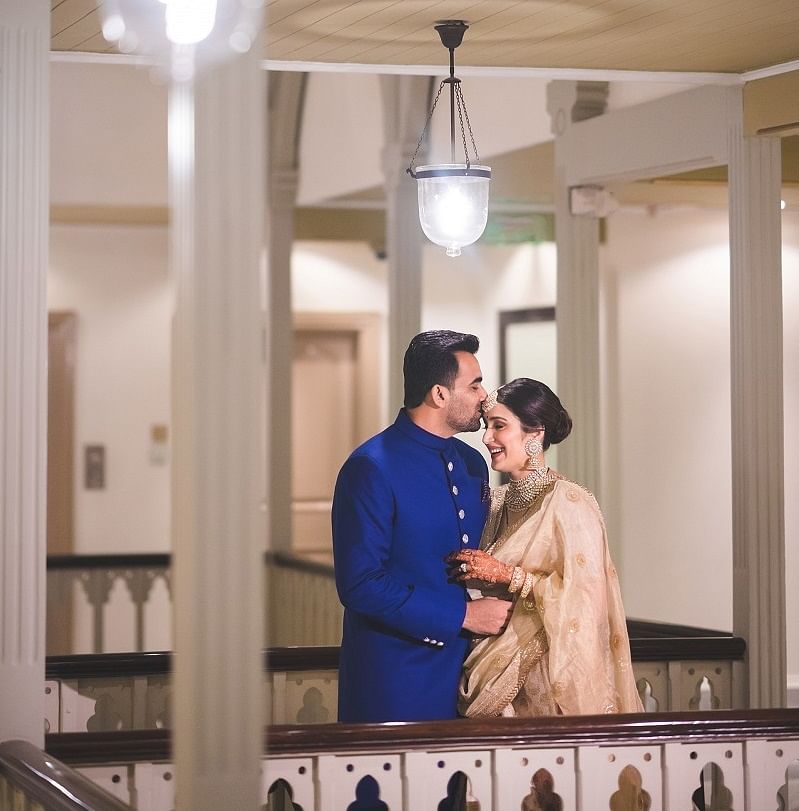 Zaheer Khan and Sagarika Ghatge during their wedding reception by WeddingNama I Photo credit: WeddingNama

Additionally, WeddingNama was among the first in the industry to organize the wedding photography and film business by launching a setup that included in-house cameramen, photographers, and editors.

“We wanted consistent quality and gave post-production enough time, which is usually neglected. We pay close attention to details and personalize and customize everything for our couples, ”added Akash.

The WeddingNama team conducts many discussions with the couple in order to understand their personality and preferences. Only then do they suggest the type of photos and films that should be taken.

As soon as the dates are set with the client, you will receive an advance of 50 percent and the balance will be paid out on the day of the shoot. The packages and fees for each job are different and are ctailor-made for every couple.

WeddingNama currently intends to expand its activities to other cities.