Home Wedding Dresses Here comes the bride! A look back at our favorite royal... 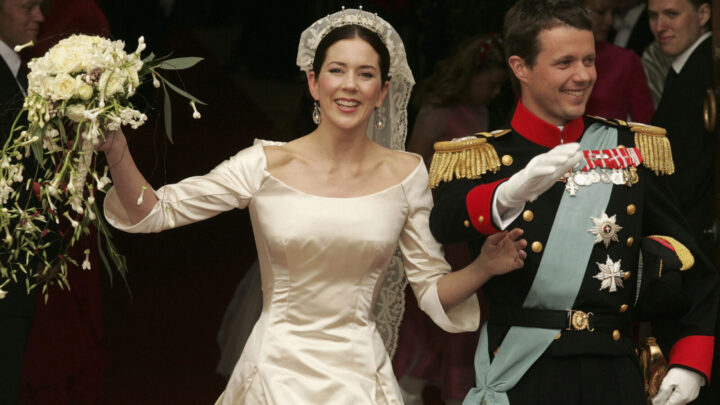 Amid the disappointing argument between Prince William and Prince Harry that appears to have occurred as a result of Harry and Mrs. Meghan’s interview with Oprah Winfrey in early March, news broke in April that there had been at least one thing the brothers could do agree. It had to do with her late mother. The Princes have both given their permission to have Princess Diana’s wedding dress as the centerpiece of a temporary new exhibition in London entitled Royal Style in the Making.

It will open in the Kensington Palace Orangery on June 3rd and is the first time the dress has been on public display there since Diana was at the residence about 25 years ago. In addition to Diana’s dress, the exhibition will feature unprecedented historical pieces, such as a rarely preserved toile (fabric) for the Queen Mother’s coronation gown from 1937, and the relationship between fashion designers and their royal customers will highlight the years.

For her wedding to Prince Charles in July 1981, Diana’s dress was considered one of fashion’s best kept secrets at the time. Made by British designers Elizabeth and David Emanuel, the ivory-colored silk taffeta and antique lace dress had the longest train in royal history at 7.6 meters and were covered in sequins. The dress was valued at £ 9,000 at the time (£ 35,500 today, which is roughly AU $ 63,000)!