Home Wedding Photography Engineer Abhijeet and Tilottama, who have become photographers, have managed to become... 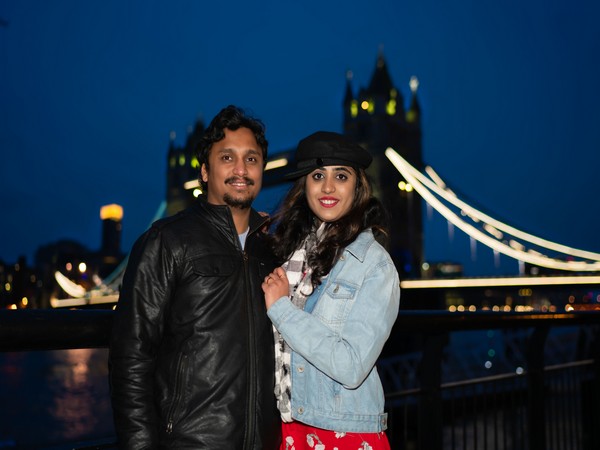 New Delhi [India]Nov 23 (ANI / SRV Media): Abhijeet and Tilottama, IT engineers from Pune, found A&T Photography after quitting their 9-5 jobs and are becoming an inspiration to all aspiring and aspiring filmmakers.
The couple have set a strong example of pursuing their dreams, no matter how impossible they seem. With a journey that began with her own wedding in 2017, becoming a professional in the industry was a distant dream. However, with great persistence and appreciation from friends and family, the team managed to establish itself as a leader in pre-wedding, wedding and maternity photo shoots.
The journey for Abhijeet and Tilottama began the day they started looking for a production team for their own wedding. Given budget constraints and tighter schedules, finding a talented team was quite a task. At this point, the couple thought of buying the gears themselves and indulging in the art of taking pictures and videos with the help of some friends.
This shoot was followed by another shoot that the couple was supposed to do for a friend. The recognition Abhijeet and Tilottama received for their work helped them gain trust and eventually led to the introduction of A&T photography.
“This trip was indeed a roller coaster ride for me and my colleague / wife Tilottama. 4 years ago we never expected that we would ever work full time in this business, especially after a successful career in IT engineering. But I will on, fate had other plans for us and today, after three years in this business, we are proud to have shot over 50 wedding shoots, “said Abhijeet Banarse, co-owner of A&T Photography.
“A simple request from Tilottama for a pre-wedding shoot with less than a month left for our wedding led to the beginning of this story. We began our journey with the Nikon D3200 and have come a long way to finally get our hands on it take Sony A7 Mark 3, “added Abhijeet Banarse.
A&T Photography was originally founded in the city of Pune and has now expanded to Maharashtra, including metropolises like Mumbai and Nagpur. The team is currently looking for opportunities for a wedding in the destination and for pre-wedding shoots. With an experience of 200+ pre-wedding shoots, Abhijeet and Tilottama are very good at Sony gears and the team has the full line of G-Master lenses.
Further information can be found at: antphotography.in/
This story is provided by SRV Media. ANI is in no way responsible for the content of this article. (ANI / SRV media)

Disclaimer: The views expressed in the article above are those of the authors and do not necessarily reflect the views of this publisher. Unless otherwise stated, the author writes in his personal capacity. They are not intended and should not be viewed as an official idea, setting, or policy of any agency or institution.